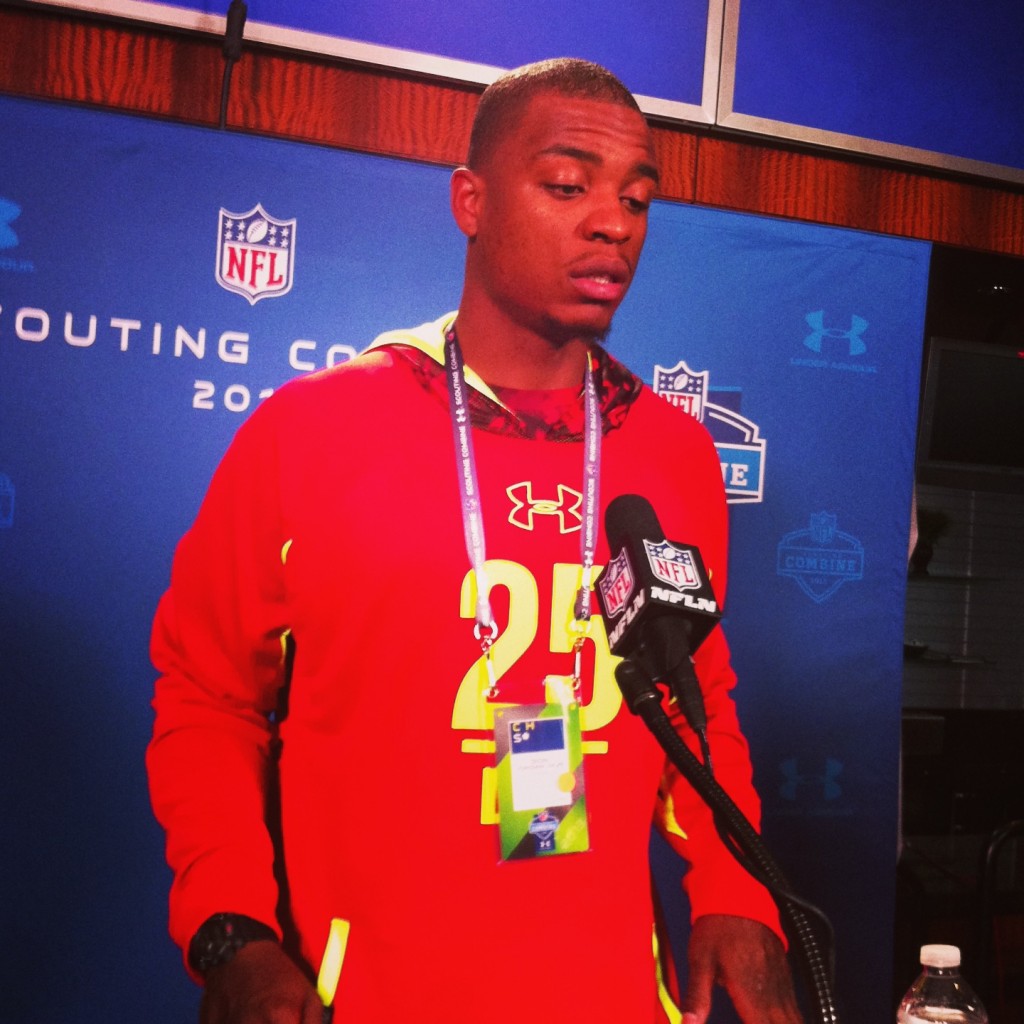 Mike Loyko and Alex Dunlap break down one of 2013’s most intriguing prospects, Oregon DE/OLB Dion Jordan. Thanks to Draft Breakdown for video clips.

Dion Jordan is one of the 2013 NFL Draft’s top prospects. He’s fun to watch and his story is very interesting.

Recovering after catching on fire from a vacuum and a garage full of gasoline fumes in time to join the Oregon Ducks as a towering wide receiver in 2008. Only to be redshirted and moved to tight end in 2009, gaining 30 pounds and being moved to defensive end in 2010.

As an end, Jordan progressed to become Oregon’s predominant defensive chess piece. A wild card of sorts. Lining up on slot receivers, moving in space as an OLB, rushing the passer standing up from both sides of the line, and occasionally moving inside to rush from the tackle position. Jordan will be drafted for his range, speed, and athleticism.

Cat-like athleticism and range. Good hips and feet. Shows ability to the set the edge. Typically, edge rushes from a standing position. Plays upright and occasionally loses the leverage battle but does flash ability to play lower. Offensive tackles tend to get in on him when he’s the point of attack of a run play. Still able to hold his ground and not get completely blown off the play. Has to improve the use of his arms to create space. Possesses hand fighting skills to defeat tackles with speed rush. Also, able to lean in and flatten around the corner. Does not show a bull rush. Relentlessly flies around the field. Hustles. Hustles. Hustles.

Athletic freaks do not fall far in NFL drafts. See, Dontari Poe. See, Vernon Gholston. Dion Jordan is an athletic freak. His skill set will intrigue the heck out of defensive masterminds. Questions will start with his height, mass, and posture. At 6’7”, Jordan is already on the outside range of historically impactful 4-3 rush defensive ends in the pros. Yet, he moves in space like, and has the weight of a 3-4 OLB. Until he adds a significant amount of weight, which Jordan says he will, and adds a bull rush; his skill set is clearly indicative of a 3-4 rush OLB. That’s how teams will want to draft him, but they’ll be wondering if 6’7” is just too tall for that. If he doesn’t add the weight he says he can, his base looks an awful lot like Aaron Maybin, slight of frame. There are also concerns why he never had huge sack numbers. One will point to the shoulder injury he had in 2012, but that becomes another set of questions. So the freakish athleticism does not come without questions. As one of my cohorts put it, some teams will wonder if he is a jack of all trades and master of none. Undoubtedly, though, there will be a coach and a front office that fall in love with him early, and Jordan will be a top 20 pick, maybe higher. Just as he’s been a fun and intriguing prospect to evaluate, it will be exciting to watch his transition into the NFL.