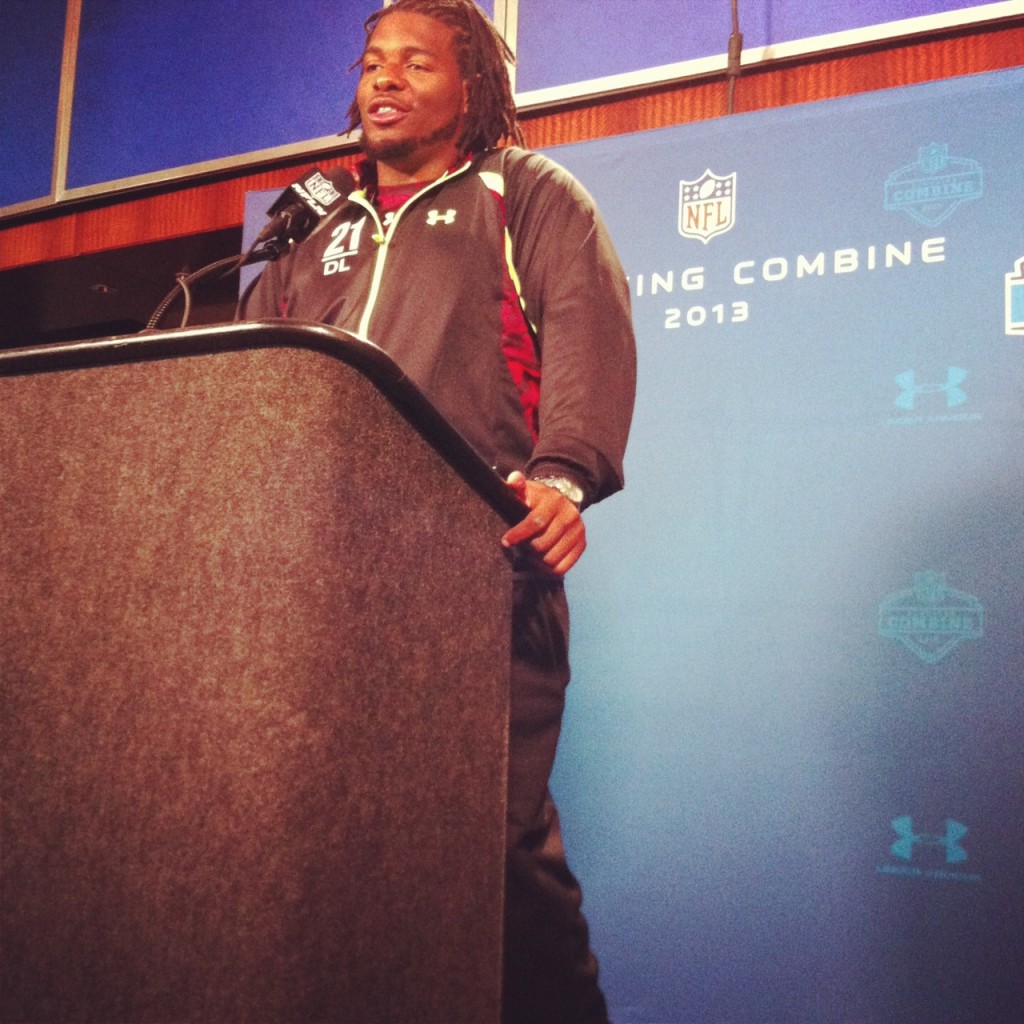 That was John Jenkins’ average weight loss over the 75 days which had elapsed from the final whistle at the 2012 SEC Title Game. Jenkins showed up to the NFL Scouting Combine in Indianapolis 24 pounds lighter than he weighed in at for that game. His size was evident at the Senior Bowl in Mobile. The big defensive tackle from Georgia flashed great disruption and athleticism—at times.

The big knock on big John was an inconsistent motor.

An annual concern among the giant and sometimes slothenly incoming defensive tackles. In a conquest to shed that perception, Jenkins shed the weight. Quickly. Looking much more svelte in Indy than he had in Alabama just a month before.

He says the secret’s in his smoothies.

They don’t have any pineapple. They mostly consist of berries. There’s a scoop of protein in every one (imagining a big scoop). And he never uses milk. Only water and lots of ice. He says the thicker they are, the fuller you stay.

The smoothie routine is in conjunction with strict portion control, numerous meals per day, and a cardio regimen. Jenkins says he’s now learning from professionals about proper nutrition and how to maintain his weight and body. A story we’ve heard before from many players. It begs the question how these large academic institutions—many prestigious and resource-rich—escape this basic duty to their players and teams.

Nonetheless, John Jenkins’ size and athleticism make a him a very attractive prospect within NFL circles. As long as he’s eating space, not Twinkies, he will be an immediate impact player in the league.