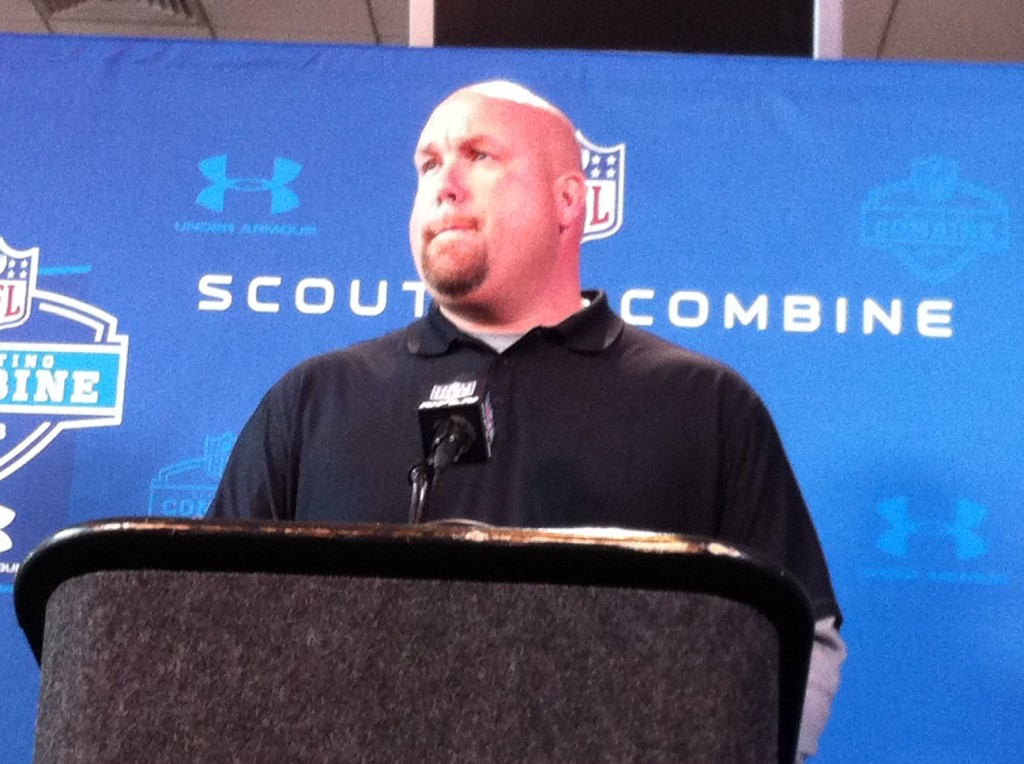 Change: CB is not an option. DL or RB are less of an option.

Notes:
Bruce Arians says the offensive line isn’t as bad as everybody thinks and that he is completely comfortable going into the season with Drew Stanton as his starting QB. MY GOD, I’m sorry Cardinals fans. While we believe Stanton is a nice sleeper, let’s not put the franchise on hold.

Prediction:
Hopefully, rational minds prevail and this comes down to offensive tackle or quarterback. Kind of a chicken/egg scenario. I’ll always remember Bill Parcells saying that he should have taken Matt Ryan over Jake Long in Miami, even though Long’s career began with great promise. The Cardinals haven’t developed a quarterback in years and their best player, Larry Fitzgerald, continues to pay the price for that. New Head Coach Bruce Arians has had success developing Pro Bowl QBs from gifted rookies with question marks such as Ben Roethlisberger to surefire prospects like Andrew Luck. He also likes to throw the ball with volume. If Geno Smith is still on the board, he fits the mold, and the Cardinals make the franchise changing selection. If he’s gone, OT Lane Johnson is the guy.