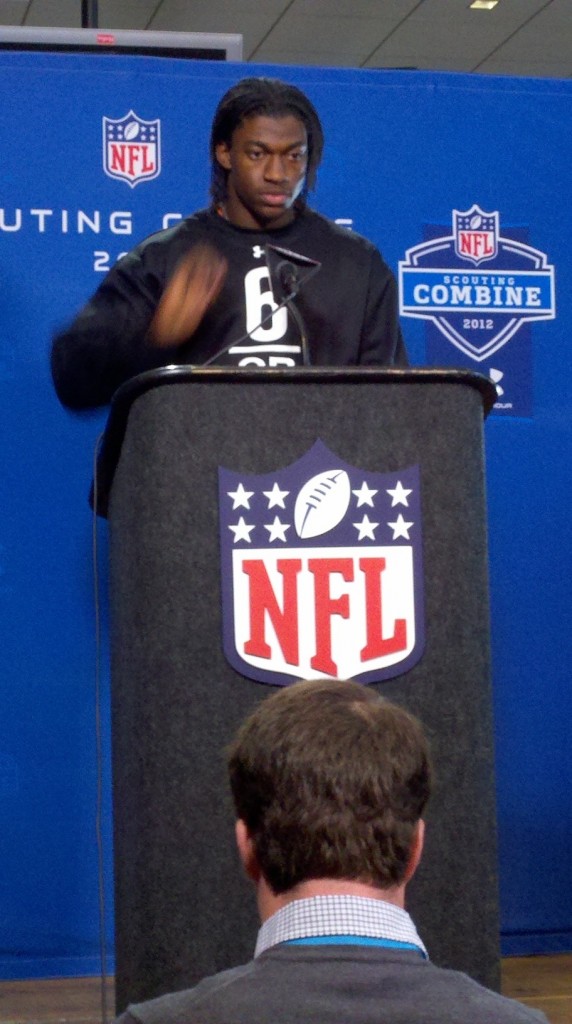 Browns, Redskins, Dolphins fans, and fantasy footballers listen up! We are live at the NFL scouting combine and I asked Robert Griffin to expand on the Cam Newton comparisons and explain their similarities and differences.

RG3 said “Cam is bigger and shiftier than me but I am faster”. He also stated that although Newton showed terrific passing ability as a rookie he feels “he is coming in to the NFL with far more experience in the passing game.”

Griffin noted that while Newton may be more outwardly confident, he is every bit as self assured in his skills and that they are both tenacious compeitors.

**Update:
In a press conference today, Brian Billick echoed many of these sentiments. Particularly, Robert Griffin’s prowess in the passing game. Billick thinks RG3 is the best passer he can ever remember as an “athletic QB” coming in to the league. He is also confident you know what you are getting because so many of Griffin’s throws in college translate directly to the NFL.