Cut Bait or Just Wait: Who You Should or Should Not Cut in Week 12
Dorian “The Trashman” Colbert, Rosterwatch.com 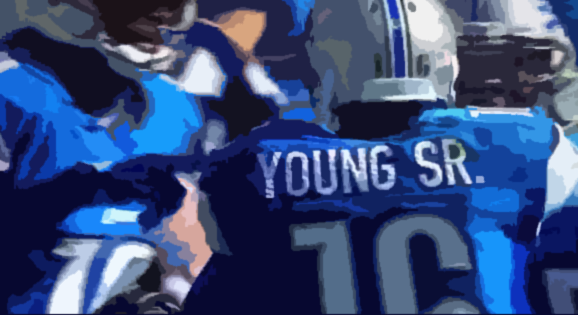 Things are getting very real in fantasy land, and if your league is anything like mine, the difference between first and seventh place equals out to only a few points. Don’t lose out on a championship because you held on to a player too long. Let me help you make the tough decisions.

Donald Brown RB, Colts: Brown saw just 19 snaps to Vick Ballard’s 41 in last Sunday’s match up with the Patriots. And this wasn’t just the result of the blowout the Pats’ engineered, as Ballard was playing often early on in the contest. It is unclear if this was the game plan or if Brown’s knee was still injured, but what I can say is that Ballard looked better. Brown faces the Bills this week, and if he can’t manage to do anything against their very, very lowly defense I wouldn’t blame you for moving on. I’d encourage it.

Michael Bush RB, Bears: Bush has been on this list before, but he’s still owned in over 40% of leagues. Having not sniffed the end zone since week 3, or gained more than 36 yards, there’s no reason he should be owned in 12 team leagues unless you also own Matt Forte. Cut the cord already.

Brent Celek TE, Eagles: Celek has a had a case of the dropsies for some time now, and having Nick Foles behind center doesn’t help affairs. Fortunately, it looks like Vick has a chance of returning against the Panthers, leaving Celek as a mediocre option once more.

Joique Bell RB, Lions: Oh, I do love Bell for the trashy fantasy relevance he had started to bring, but he’s taken two steps back in the past couple of weeks. To make matters worse, Kevin Smith is back in the mix, throwing a wrench in the works. The Lions are in disarray right now, so I expect things to get worse for Bell before they get better. Feel free to drop him during this pressing time of the fantasy season.

Titus Young, Sr. WR, Lions: Young, Sr. should have learned by now that temper tantrums never work for wide receivers in the NFL. He’ll be benched this week, and newly acquired Mike Thomas will start in his stead. There were concerns about Young’s behavior problems coming into his professional career, and those fears are being confirmed. Hopefully he can turn his attitude around before he gets T.O. syndrome, and no one wants to touch him. I’d hold onto him until we see if this demotion sticks.

DeAngelo Williams RB, Panthers: Ah, DeAngelo Williams. His name keeps him on rosters worldwide. It’s unfortunate that his play doesn’t seem to back it up, as he went for 18 yards this past weekend. His touchdown run three weeks ago was all too deceiving. He’s yet to top 50 yards since week 2, and it’s already confirmed this is Jonathan Stewart’s team now. What more do you need to know to move on to a hotter free agent?

Dustin Keller TE, Jets: Things have only gone downhill for Keller since he re-entered the lineup in Week 7 to the tune of 93 yards and a touchdown. Totals of 67, 47, and 16 yards have followed. Mark Sanchez has a lot to do with his performance, and in reality a move to Tim Tebow might actually help his chances of getting more dump offs. I don’t see that happening though, and I don’t see Keller as being a consistent option this season. I like Dwayne Allen and Dallas Clark a lot more right now, so think of making a switch if you haven’t already.