Egnew Could Be The Fantasy TE Many Are Hoping For In Coby Fleener
Alex Dunlap, Rosterwatch.com 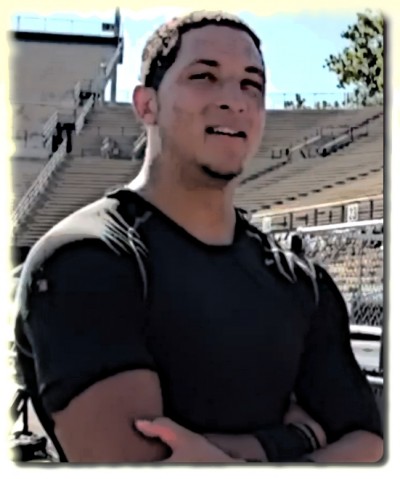 Dolphins rookie TE Michael Egnew is a tall man who could be a really, really sneaky pick for dynasty owners with the shift in NFL offenses towards the utilization of tall, pass cathing TEs. New Dolphins HC Joe Philbin is known for an offensive philosophy that exploits the seam and then shifts the power out and up. I watched every throw of Ryan Tannehill’s Pro Day (and taped it for you), and while I do not believe Tannehill will be able to make every throw required of him at the NFL level right away, he can absolutely own the seam route with his high, 3/4 delivery. Tannehill and Egnew are already becoming close friends, which is no surprise. They say a rookie QB has two best friends, an effective running game and a dependable tight end.

At the Senior Bowl, I got to watch every drill Egnew ran. He can appear lumbering working out in t-shirt and shorts, but is deceptively fast with pads on. He is all of 6’5″ and has shown throughout his career he has the span to make up for small inaccuracies in the passing game. He is great at changing the speed of his routes against linebackers to create mismatches, but big enough to box out safety help. This is key in seam exploitation both as a primary target and as a decoy. Some believe he is not a good run blocker, but I thought he was perfectly fine in the role at the Senior Bowl, better than Brian Linthicum (Michigan State) in fact, who is more heralded for his blocking ability.

The Dolphins have gotten rid of Brandon Marshall and have not done anything to add any sort of elite receivers on offense. This void is likely to get filled by sporadic performances from historically undependable fantasy scrubs like Brian Hartline, Davone Bess or…gulp… Clyde Gates. There will be a need for stability somewhere in the passing game, and something tells me it will eventually be at the tight end position, especially once Tannehill enters the fold completely.

If you have dynasty rookie drafts coming up, and like me, are in need of tight end help and/or depth on your taxi squad, I think that Egnew represents a valuable “Plan B” to Coby Fleener in Indianapolis. Fleener is generally gone by around 1.05 in rookie drafts, especially in leagues with NFFC scoring which awards 1.5 PPR for TEs. Target Egnew in the second round of rookie dynasty drafts, and in the late rounds of 2012 redraft leagues. He could end up having the rookie breakout that many are expecting out of Fleener.