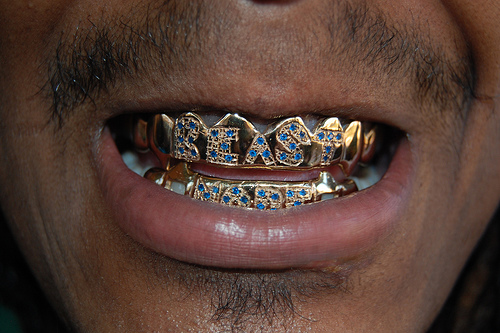 Each year there are a handful of players that really scare me for a variety of reasons. Inconsistency, a tough schedule, playing on a poor offense or getting up there in age are all among my biggest red flags. Taking some of those red flags into account (and possibly just my personal preference), here are 5 players that I am going to avoid at all costs.

1. Marshawn Lynch, RB, Seattle Seahawks – I wasn’t a huge fan of Marshawn Lynch before his little drunk driving escapade through O-Town and now I am even more against drafting him.

With a suspension looming and likely a long one, I won’t be picking Marshawn Lynch this year. Make no mistake about it Lynch had a great season last year. But, I don’t trust that he can do it again. Lynch has never played a full 16 game schedule thus far in his NFL career and he won’t do it in 2012. I also wonder how motivated Lynch will be now that he has received his big pay day.

The majority of Lynch’s touchdowns came from goal line and red zone situations last year, mainly because the Seahawks passing offense was so anemic. The Seahawks went out and invested in QB Matt Flynn in the off-season and they should put more points on the board through the air this season. On top of that Lynch doesn’t pose much of a receiving threat only catching the ball 28 times with 1 touchdown. For where he is being ranked, I don’t trust Lynch to be focused, on the field and productive. I’m passing on Lynch.

2. Michael Turner, RB, Atlanta Falcons – I have to admit that I drafted Michael Turner in the 2nd round last year. He got off to a great start and I was happy with the pick. But, like has been the trend over the past two years, he slowed down big time down the stretch.

Let’s throw out the week 17 rushing performance since fantasy points aren’t awarded for week 17. From week 8 to week 16 last year Turner had exactly one 100 yard rushing game, hitting 100 yards on the dot vs. the Titans. He also stopped finding the end zone, rushing for only 3 touchdowns during the eight week stretch. Turner is basically useless as a pass catcher, making him strictly a 1st and 2nd down running back. He is infuriating to watch try to convert short yardage situations, for such a big powerful RB. On top of that I expect the Falcons to pass the ball a lot more often to take advantage of their top two offensive players Julio Jones and Roddy White.

Turner is coming off of back to back 300+ carry seasons and 3 out of the last 4. He is going to slow down even more this season. You can have him.

3. Any Carolina Panthers RB – You would have to be crazy to spend a high pick on either DeAngelo Williams, Jonathan Stewart or a late round pick on Mike Tolbert. All three guys had varying degrees of success last season.

Williams and Stewart both had a YPC average of over 5.0 yards. But, two big things are keeping me away from the Carolina running backs. First of all, a deep backfield got even deeper this off season. Good luck figuring out week to week which RB is going to get the carries. If you want to sit there on Sunday morning and stress out because you are worried DeAngelo Williams is going to get more touches than Stewart this week, go ahead and pick a Panthers running back.

But, I certainly don’t want to have to decided whether to start or bench one or the other. The Panthers added Mike Tolbert who is a very good short yardage and goal line back, which means even less touchdown opportunities for Williams and Stewart. The second reason is obviously Cam Newton. Newton will poach yards and more importantly touchdown opportunities for Stewart and Williams. Cam Newton rushed for 14 touchdowns last season to a combined 11 by D-Will and Stewart. It’s not crazy to speculate that Newton’s numbers could rise while the running backs numbers decline. The Panthers backfield is one of the most jumbled and tough to figure out in all of fantasy football this year. Stay far away from Stewart and Williams.

4. DeMarco Murray, RB, Dallas Cowboys – I don’t dislike Murray as much as the other backs on this list. But, Murray is currently going in the second round of drafts and at that spot, I am not touching him.

Murray’s big problem is his durability. He has had a tough time staying on the field dating back to his early days at Oklahoma. Last season was no different, as he broke his ankle week 14 which ended his season. While Murray’s numbers look impressive (164 carries for 897 yards) those numbers are inflated based on two big performances against awful run defenses.

His record breaking 253 yard game came against the pathetic Rams run defense which was ranked 31st in the league. Murray’s 135 yard game came against a Bills run defense which was ranked 28th in the league and was without many of their top defenders. Without those two games his numbers are much more pedestrian; 509 yards and a 4.2 YPC average. On top of that Murray was unable to get into the endzone more than two times. With Tony Romo back, the Cowboys offense will be more reliant on the passing game. If Murray is on the board in the second round when I’m picking, I’m passing on him.

5. Kenny Britt, WR, Tennessee Titans – Britt is one player I won’t be picking no matter what.

Not only is Britt facing a lengthy suspension thanks to a string of arrests since he entered the league in 2009. But, when he isn’t suspended he is usually missing time due to injuries.  Britt is a talented WR, capable of putting up big numbers anytime he is one the field. With his track record it’s a guarantee that he will miss significant time this season with both a suspension and injuries. With the WR depth so deep this year I’d rather spend my pick on someone I can count on being on the field all 16 weeks.