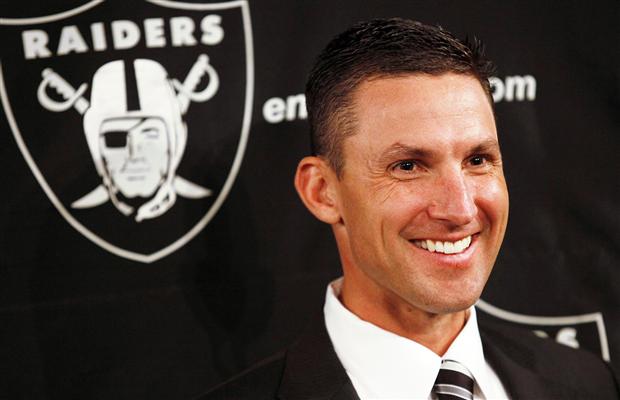 Raiders fans should be excited. Head coach Dennis Allen is very impressive and will be a bright young talent The Nation can rally behind. We recently caught up with him and this is what he had to say about the state of the Raiders:

All contracts are being examined and there will be changes

He has spoken with 75% of the team

Defense and penalties are the top priorities

Michael Huff could play a lot more corner this year

RB Darren McFadden is healthy and has recovered from his severe foot injury. He has been working out in Oakland

Coach Allen LOVES McFadden and his dynamic abilities. He said Run DMC is the player that game him the hardest time game planning for as an opposing coach with the Broncos. Some 2011 video evidence for your viewing pleasure: