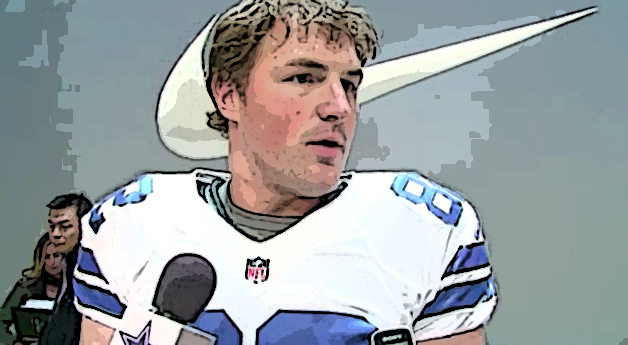 Just days after the Dallas Cowboys first official preseason game, and just as the team prematurely began counting their lucky Texas stars that manifestation of significant injuries had not continued to pile on to an already injury riddled roster, the Cowboys received news of an injury to tight end Jason Witten’s spleen that left him bleeding internally.

Immediately following the game it was believed that the only significant injury sustained during the Monday night matchup against the Oakland Raiders was dealt to rookie linebacker Kyle Wilber.

But now, mere days after COO Stephen Jones seemed to be attempting to handle first-round draft selection Mo Claiborne with kid gloves regarding the need to be tough, Jones seems to have jinxed the team after referencing Jason Witten’s toughness on the field. Jones said himself,

“You don’t ever see Jason Witten missing practice, and he’s going on 10 (seasons). He just won’t miss. So we got to have the young guys step up and play better.”

As Cowboys beat writer Clarence Hill pointed out during a recent tweet. Witten is tough. He has played without a helmet, he has played with cracked ribs, and a broken jaw but a spleen? It may not be his call.

On a play that resulted in Tony Romo almost taking a sack but spinning out of an oncoming Raiders defender’s grasp, Romo was able to complete a pass to his security blanket, Jason Witten. The play resulted in a two yard loss after Witten secured the ball but had been delivered a walloping shot by Raiders linebacker Rolando McClain.

Witten initially thought he simply had the wind knocked out of him on a nice shot by McClain but overall didn’t seem to be any harder a shot that Witten has taken time and time again during his career of securing catches down the middle of the field.

Jason Witten goes into the 2012 only needing 55 more receptions to pass Hall of Fame Cowboys’ receiver Michael Irvin for the Dallas’ all-time leader in receptions and he has done that as a tight end. Will this hamper his chances? Knowing the way Jason has played and consistently been on the field over the past ten seasons we think not.

There is a tidbit emerging this morning that surgery may not be needed, and the issue may not even be a spleen. Whatever is happening with Witten, we are in uncharted territory here, and will obviously be keeping a close eye on the situation.