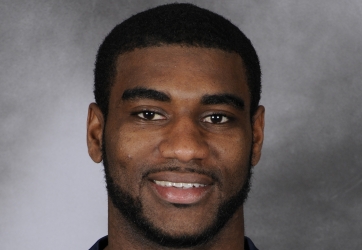 Second year wide-out Lestar Jean is performing so well in preseason OTA’s that he’s earned the nickname “Big Play” from his teammates. We can’t say we’re completely shocked as he had a stellar preseason last year up until he suffered a left-shoulder injury and was placed on injured reserve. The Texans’ offense employs three receiver sets, and Jean has a great chance at being the third piece after Andre Johnson and Kevin Walter, though I wouldn’t necessarily value Walter over Jean in fantasy leagues. Walter is a possession player with little upside and is of little use outside of PPR leagues. Jean on the other hand is a deep threat who  has mastered all the receiver positions according to wide receiver coach Larry Kirksey, who compared his work ethic to a young Terrell Owens. Not bad company for an undrafted player out of Florida-Atlantic. The young Jean could prove to be a steal in Dynasty leagues so don’t overlook him. He’s also worth a flier in redraft leagues. The Texans offense is shaping up to be a force to be reckoned with thus far, and with Johnson and Jean on the field it could be death from above.