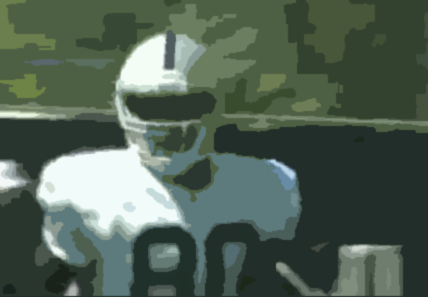 While Raiders receivers Denarius Moore and Jacoby Ford continue to hover around the questionable tag with various ailments, the new blood on the team is getting more and more opportunities to show their stuff, particularly Rod Streater.

The undrafted rookie out of Temple has been the model of efficiency since landing in Oakland, racking up 18 catches for 165 yards in three preseason games. And now it looks as if his hard work has paid off. Sometime between the beginning of the preseason and now, Streater learned the slot position, and has a good chance of starting in Oakland’s opener if Jacoby Ford can’t suit up.

Darius Heyward-Bey is the only other starter who is “completely” healthy right now, so it is entirely in the realm of possibility that Streater will see a large complement of snaps to start the season. What he does with them is anyone’s guess, but if his preseason work is any indication, Streater has the chance to make a big impact from the get go.

Chances are your fantasy draft has already come and gone, but I can guarantee Streater is on your waiver wire at this very moment. If you’re hesitant about one of your late round fliers, why not take a chance on a guy who has pretty high upside on a team with a lot of question marks in the receiving corps?