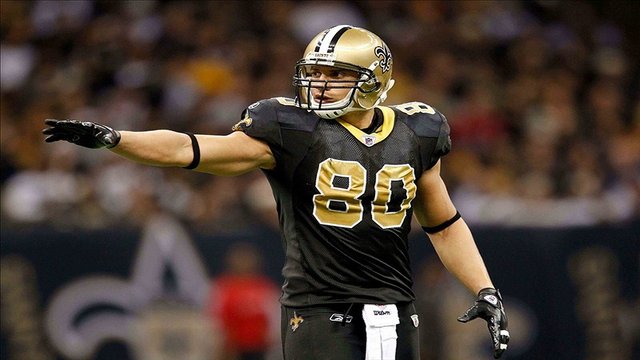 When it comes to fantasy drafts, the tight end position is always an interesting topic of discussion. Some players feel you can harbor a distinct weekly advantage by employing a premium tight end. Thus, they tend to lock one up in the first 6 rounds of the draft. Other players notice the annual metamorphosis of sleeper tight end to fantasy gold. Those players tend to wait and try to strike it rich in the later rounds. This year either option will suffice as there is depth across board. Even in 16 team leagues, players should find it pretty easy to draft a respectable option at TE. Here are my early rankings for 2012:

Plain Filthy
Jimmy Graham- Drew Brees’ #1. So young with so much room to grow.
Rob Gronkowski- A monster. So many options in NE, can he maintain the pace?

Upside Guys
Jermaine Gresham- Fairly quiet on this front. Poised to explode, Gresham is a beast.
Tony Gonzalez- Father time has been kind. Still a very solid option.
Fred Davis- I really like him. A rookie QB could be a setback but RG3 could be sick.
Jared Cook- Young and explosive. Finally started to come on last year. Inconsistent.
Brandon Pettigrew- Talented player in a potent offense. Megatron opens things up.

The Back-Up Plan
Joel Dreessen- Loved his value last year. Add Peyton Manning to the mix.
Dustin Keller- So talented but Mark Sanchez kills his value.
Anthony Fasano- Was pretty good last year with Matt Moore. New offense?
Tony Scheffler- Lots of production to go around in DET.
Zach Miller- They paid him well. Can he carve his niche in Seattle?

*Notable Omissions (Not everyone can make the Top 20!)
Owen Daniels– Will he regain his form? HOU has transformed in to the Arian Foster show.
Jacob Tamme– Previous experience with Manning. Has some upside.