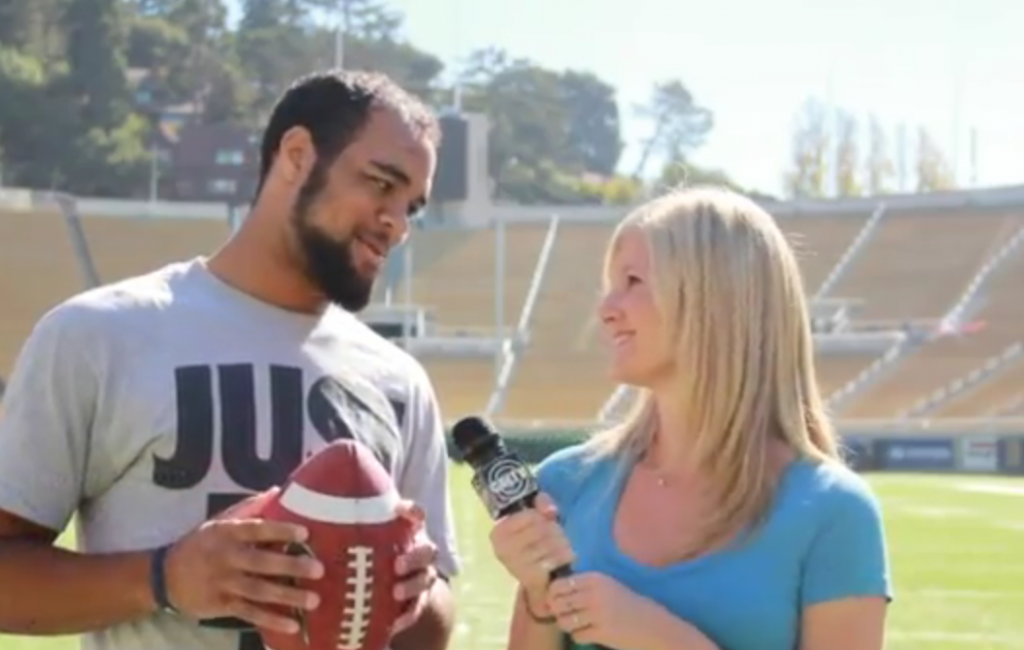 Keenan Allen combines all of the attributes necessary to become a quality wide receiver at the next level.

His body is ideal for an NFL receiver, with big 10” hands and a huge catch radius. Allen plays a very physical game. He is strong enough to fight off jams and beat press coverage. He uses his body well to post up a defender as he goes after the football. He is tough to bring down and his body will absorb contact allowing him to hang on to the football in traffic and fight for extra yards. His strength, decent leaping ability and catch radius make him excellent in the red zone.

Allen possesses the build up speed of a long strider. He’s fast but he’s never going to take the top off a defense. Yet for his size, Allen is a very good route runner. He changes speed and direction very well for big man, and is capable of making precise cuts out of his breaks when he concentrates on that aspect.. He is not always precise, however, and often rounds out his cuts or runs his routes at the wrong depth. He is very good against zone coverage with a natural knack for finding the soft spots in the zone.

Allen has good body control when tracking the football..

Like many receivers coming out of college, he catches balls better that are thrown outside of his frame. He tends to fight balls thrown directly at him, preferring to let them come into his body. He fights hard for additional yards after contact, but sometimes fumbles because he fails to protect the football. I see him as more of a big possession receiver than your prototypical WR1.

Allen lacked a legitimate QB last year, but it is somewhat disturbing that his production dropped significantly even before his injury. He was much better as a sophomore than a junior. However, in both years he produced despite often being double and sometimes triple covered.

Keenan Allen is a clutch player who generally gets the most out of abilities, especially on important third downs late in the game.

There is one major injury concern to note. In late October, Allen sprained his PCL which ended his season prematurely. It has now been five months and that PCL injury still is not completely healed, causing him to miss both the Scouting Combine and his mid-March Pro Day.