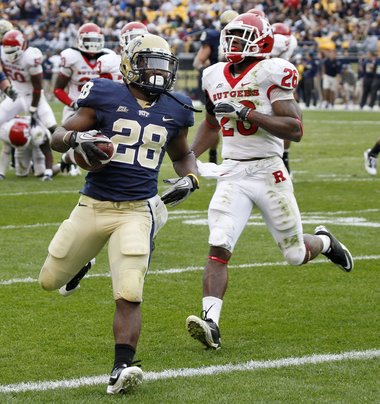 Eagles coach Andy Reid thinks he overplayed all-purpose back LeSean McCoy last season, and we really can’t argue. Only Maurice Jones-Drew, Ray Rice, and Arian Foster were on the field for more snaps than McCoy during the football year. While we can expect a small decrease in the Real McCoy’s carries this season, I wouldn’t let that affect his draft ranking at all. Arian Foster is the only back I might draft ahead of him. Rarely do we see a running back like McCoy who can do so much with so little where every play that he touches the ball is a potential touchdown, from anywhere on the field.  So what is the significance of this news, one might ask? Reid also stated that he is interested in getting second year runner Dion Lewis more involved in the offense. Always on alert for Garbage Grabs, the Trashman sees potential value in the young Lewis. An explosive college player, Lewis has the ability to make big plays in a hurry. Eagles GM Howie Roseman echoed this sentiment when referring to Lewis recently. So in short, keep McCoy right where he belongs, but give Lewis a close look in the later rounds or early in the season. Don’t get caught sleeping.