RG3 Reacts to Kirk Cousins Being Drafted by the Redskins…
Alex Dunlap, Rosterwatch.com 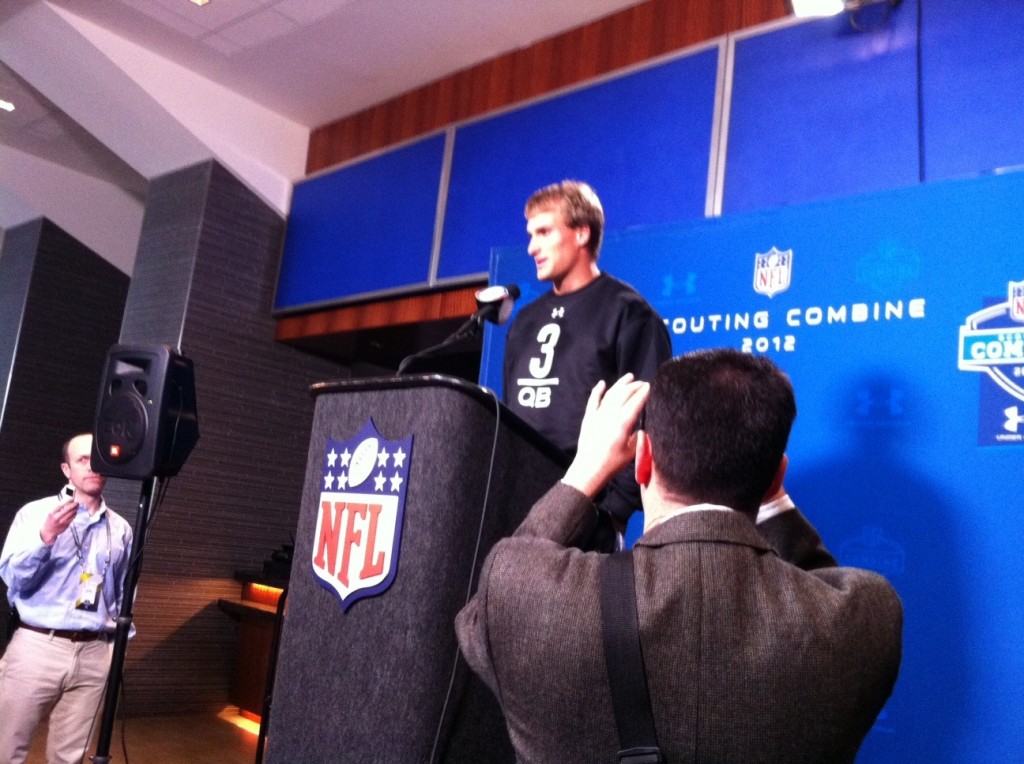 Like he usually does, new Redskins franchise QB Robert Griffin III handled himself with class when asked about the unusual drafting of Michigan State QB Kirk Cousins by the Redskins. Griffin said he looks forward to “growing” with Cousins, not “competing”.

We were at the Senior Bowl and to be honest, we kind of saw this coming. Shanahan is a plotting man, and he saw the competitive fire and spirit that Cousins played and practiced with in Mobile. If you were there in any capacity, Cousins’ presence was undeniable. He saw that Kirk Cousins handles himself like a presidential candidate and competes like one. We see this as a great move by Shanahan to make sure that RG3 does not grow a sense of complacency in the catbird’s seat at QB. I do stand by the fact that I believe Kirk Cousins is the 4th best QB in this draft, and I think Shanahan believes that as well after coaching Brandon Weeden on the South Squad. They get a valuable trade piece moving forward, and in the best case scenario can deal Cousins a la Matt Flynn or other recent backup signal-callers in an attempt to gain back some of the picks it took to get this year’s number two spot from the Rams.