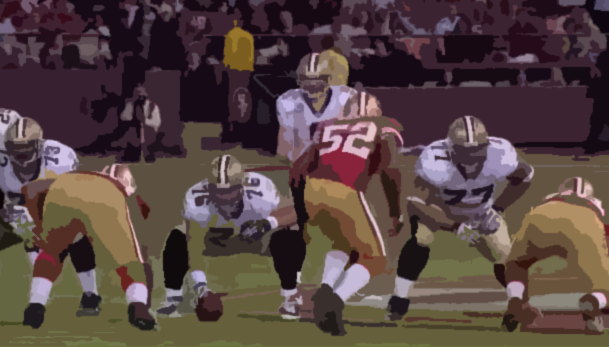 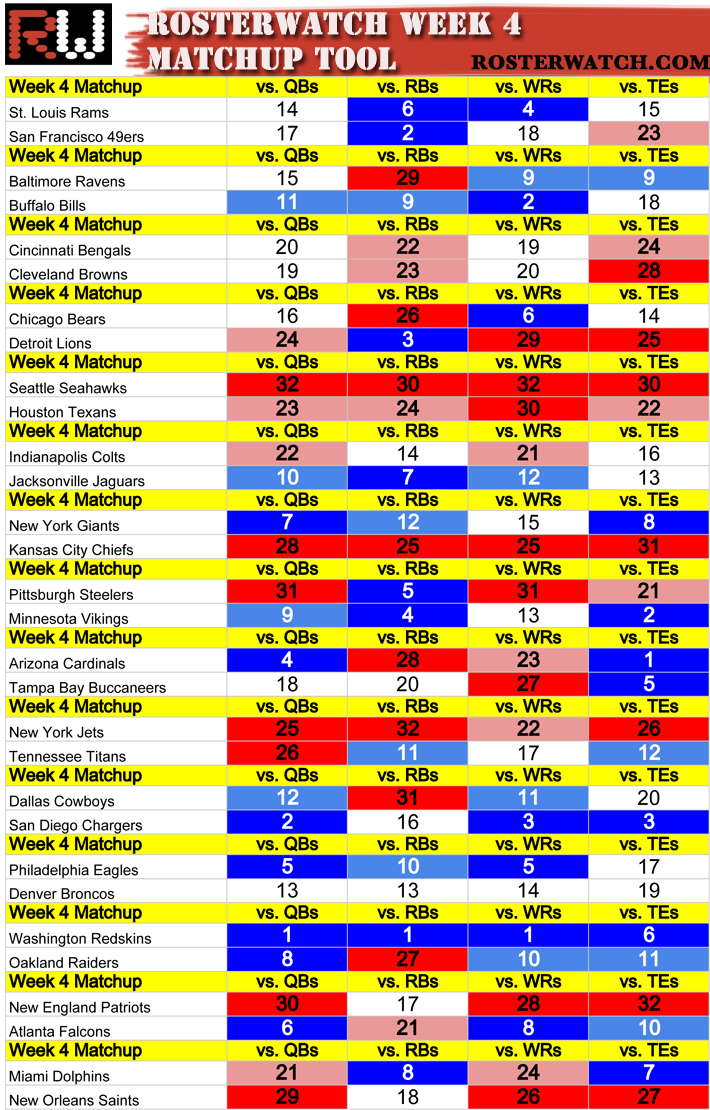 Let’s say you own Raiders RB Darren McFadden, and would like to see how he matches up against the defense he faces this week.

First look at the Raiders matchup for the week, and see what the number is inside the “vs. RBs” cell for the Raiders’ OPPONENT.

(McFadden is as RB, and you would like to know his opponent’s rank vs. that position.)

As you will see, the Raiders are playing the Redskins, who have a big, blue ‘No. 1’ in their “vs. RBs” cell. This is a great indicator for McFadden owners.

The rankings represented here are derived via a proprietary algorithm which takes into account not only standard “fantasy points against” metrics from 2013, but also weighted averages of separate individual player scouting grades for members of the unit that will be defending, pass rushing, or covering against the position in question.