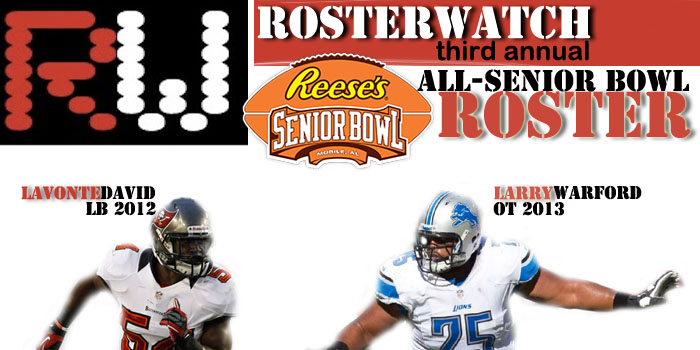 Congratulations to the 2014 RosterWatch All-Senior Bowl roster, who, like the alumni listed above, most impressed our staff with not only their on-field skills, but also their off-field temperaments and personalities as professionals during the week of 2014 practices for the Reese’s Senior Bowl.