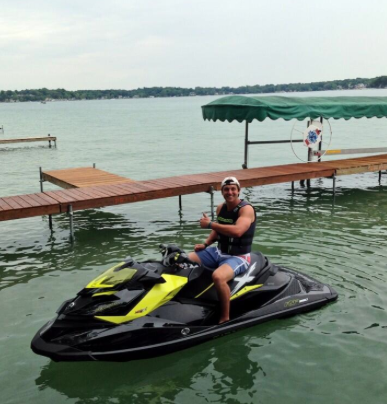 If you need a quarterback you might use a waiver claim on a few of the following quarterbacks. Phillip Rivers is just about a must-own right now. Wait until after waivers run to scour the rest of this list and pillage your free agent wire for free.

Philip Rivers, QB San Diego Chargers
That’s back to back 25+ point performances. He could come back to earth at Tennessee after playing the late Week 1 MNF game, and flying East in consecutive weeks.

Sam Bradford, QB St. Louis Rams
We told you this last week, and he had 28 points. That’s two 20 point performances in a row. He’s at Dallas, for what appears to be a solid matchup. Bradford has a lot of weapons this season.

Alex Smith, QB Kansas City Chiefs
Averaging a robust 20 PPG to start the season, Smith is one of our longtime waiver favorites. His schedule is favorable. Philly on Thursday should be a great matchup

Terrelle Pryor, QB Oakland Raiders
Right now, it looks like he won’t have a huge fantasy game unless he rushes for 100 yards or multiple touchdowns. The passing game is still in disarray. His numbers should improve as the season progresses. Denver sounds like a tougher opponent than our Matchup Tool says it really is.

Ryan Tannehill, QB Miami Dolphins
He’s produced 13 ppg on the road over his first two games. Now he returns to the comfort of Miami for the Dolphins first home game. The Falcons are a nice matchup for Tannehill.

Jake Locker, Tennessee Titans
Locker had an uncanny statistic for percentage of games started with double fantasy points last season. He got back to his double digit ways against Houston in Week 2. Things should get even better at home against a porous San Diego pass defense in Week 3.

EJ Manuel, QB Buffalo Bills
Averaging over 15 ppg, just as we told you he would back in MAY. The Jets are a tough opponent this week.

Geno Smith, QB New York Jets
The rookie has flashed prowess in the passing game, but looks to be very inconsistent. He’s a decent flier in deep leagues or 2QB formats.

Chad Henne, QB Jacksonville Jaguars
He came right out of the gates with 14 points. Henne has shown us, he’s pretty solid for 250 yd and a touchdown on a regular basis. He has an incredibly tough matchup at Seattle this week.

Coby Fleener, TE Indianapolis Colts
With Dwayne Allen injured, our preseason dreams about Fleener came true. Andrew Luck has undeniable chemistry with him. He played 83% of snaps and scored 12.9 fantasy points in Week 2.

Charles Clay, TE Miami Dolphins
The Trashman told you to play him last week. It resulted in 109 yards and a touchdown for Clay on an 80% snap-count.

Tyler Eifert, TE Cincinnati Bengals
The rookie athletic specimen is coining on. Already proving to be the 6+ PPG option we suggested he would be back in MAY.

Garrett Graham, TE Houston Texans
He’s scored 9 points two weeks in a row. He’s not in the game on as many snaps as we’d like.

Jermaine Gresham, TE Cincinnati Bengals
He’s on the field way more often than Tyler Eifert. He can have a nice game any week- we are just jaded by his ways and refuse to hold our breaths.

Kellen Winslow, TE New York Jets
Geno Smith needs to lean on his veteran pass catchers. He’s getting about 7 targets per game. He’s a desperation option with a legitimate chance to find the endzone.