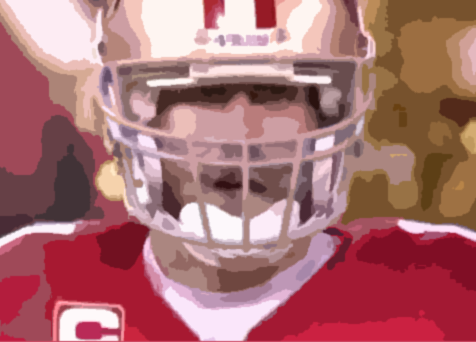 Folks, it’s time to get your Tuesday waiver claims in. These are the fellas you should be looking to pickup this week. Not all of them will require a bid or waiver claim. Many of these players can be had for free after waiver claims are processed. Generally speaking, players are listed in descending order of priority.

Guys that shouldn’t be on your waiver wire, but if somehow they are:

Matt Cassel, QB KC
A big bounce back in Week 2. Will still show some inconsistency. A good backup or fill in option.

Mike Goodson, RB OAK
We aren’t close to recommending starting him. He looks to be in the driver’s seat as the handcuff to Darren McFadden. Will get some touches every week and has some big play ability.

Lamar Miller, RB MIA
A rookie we were very high on during the draft process. Miller has big time talent and huge play capabilities. He showed it on Sunday, averaging 6.5 yd./carry and 1 TD. Miami blew out Oakland which may have led to his 10 carries. Keep an eye on Miller, someone needs to spell Bush.

Danny Amendola, WR STL
160 yards and 1 touchdown on a ridiculous 16 targets in Week 2. A reinvented Sam Bradford’s #1. He has a lot of upside this season.

Brandon LaFell, WR CAR
8 more targets on Sunday for 90 yards and 1 rush attempt for 25 more. Averaging 12 points/game through 2 weeks. A guy we loved in the preseason coming through for Newton.

Andrew Hawkins, WR CIN
Scouts told us during the preseason how talented Hawkins is. He unseated a pretty good player in Jordan Shipley during training camp. Averaging 10.6 ppg through two games. A very shifty playmaker.

Greg Little, WR CLE
Brandon Weeden looked competent on Sunday, throwing for a ton of yards. A big turnaround from Week 1. 7 targets for 57 yards and 1 touchdown on Sunday. Little is the most gifted receiver in Cleveland.

Mohamed Massaquoi, WR CLE
Just as many targets as Greg Little in Week 2, seven for 90 yd. A guy I’ve always had a small penchant for. Potential to be a solid possession receiver.

Jon Baldwin, WR KC
We’ve been waiting on him to come around. I bugged the heck out of GM Scott Pioli about him at the NFL Combine. He was blanked in Week 1 but the coaches said they would get him more involved. He was second on the team in targets with 6 in Week 2. A supremely talented athlete with upside as the KC offense gets in gear.

Martellus Bennett, TE NYG
A wasted talent in Dallas, Bennett is a physical freak. Eli Manning loves getting the most out of his TEs. Bennett is a terrific red zone target. He has scored in two games in a row, and Manning has looked for him several times in the endzone. Athletically, he is also a big play threat. 10 targets on Sunday, Martellus has the chance to be a very good TE option this season. He loves him some Cap’n Crunch.

Dennis Pitta, TE BAL
Baltimore had the same idea as New England in the 2010 draft. The Ravens ended up with Dennis Pitta and Ed Dickson, while the Patriots scored Gronk and Hernandez. The good news is Pitta is starting to emerge. Clearly, a Joe Flacco favorite. Pitta was targeted 15 times in Week 2 and is averaging 10 ppg this season. A very solid TE pickup, with nice upside.

Brent Celek, TE PHI
An inconsistent option in the past. Vick is piling up passing yardage, which helps everyone. A respectable 65 yards in Week 1, followed by an 157 yard explosion on 11 targets in Week 2. If Jeremy Maclin’s injury keeps him out, Celek benefits.

Kyle Rudolph, TE MIN
Quite a bit of preseason acclaim. Averaging a consistent 8 ppg so far this season. 5 targets and a touchdown on Sunday.