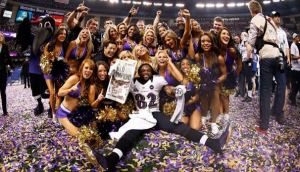 Touchdown dependency gives us a feel for which direction a current players production may be heading long-term. It’s also an indicator of future consistency (scoring on a weekly basis).

For example, the way to interpret this chart- Demaryius Thomas and Wes Welker are producing at almost identical levels. Welker is by far the more touchdown dependent player. Meaning in the future Welker’s production is more likely to decline or be inconsistent than Thomas’ is. In this case, we obviously have to consider the Peyton Manning factor, but it’s still a good example. 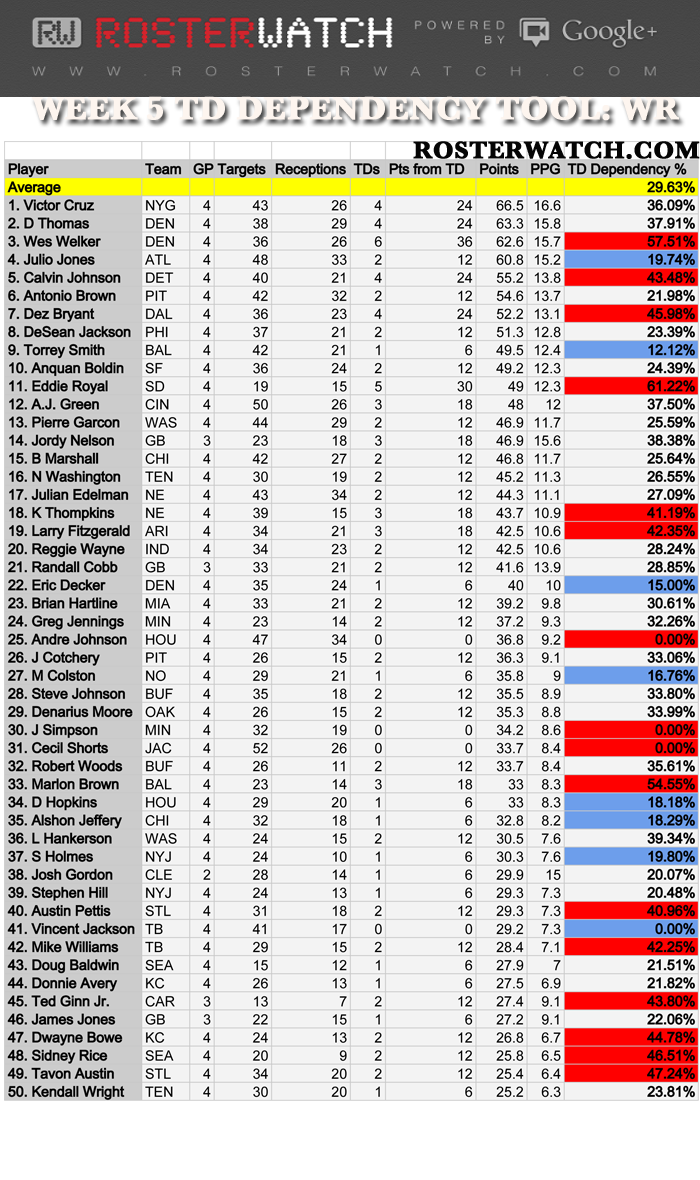