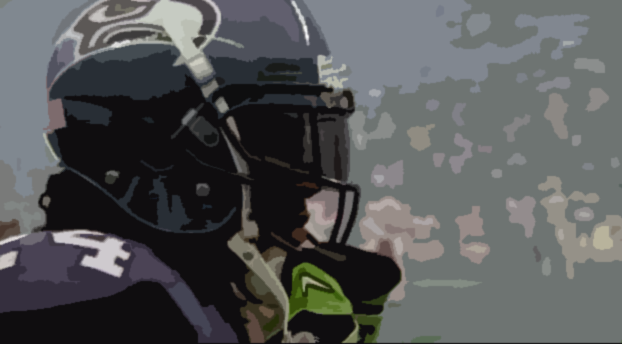 There are a lot of tough sit/start decisions being made this time of year. How do we break those ties? Many times we are in a bind and wonder, “who is the more reliable option?” The RosterWatch touchdown dependency ratios can shed some light on that issue.

Scores are hard to predict. Here we can see whose fantasy value is most contingent on those touchdowns. Of course, we must always remember that fantasy points are still fantasy points- and we should always view such issues in the context of our expectations.

Jamaal Charles and Ray Rice are still the cream of the crop when it comes to this analysis.

Marshawn Lynch is a solid rock of fantasy gold.

Adrian Peterson, MJD, and LeSean McCoy are just a few scores away from reclaiming elite status.

Ryan Mathews and Matt Forte are on track to be consistent and productive.

Trent Richardson’s value will likely fall long-term. It will be difficult for him to maintain #4 overall RB status with a 39% TD dependency ratio.

Michael Turner is a really good sell high candidate if you can get #1 RB value in return.

Reggie Bush has been such a nice value.

+Chart 1 is sorted by total fantasy points on the season.
* Blue is good. It represents productive players who have not relied heavily on touchdowns to accumulate their fantasy points. Consistency is projected ahead.
** Red is concerning. It could be an indication of overperformance. It could signal future inconsistency. These are players whose fantasy production has been heavily touchdown dependent. Players that are a good option to trade away when their value is high. 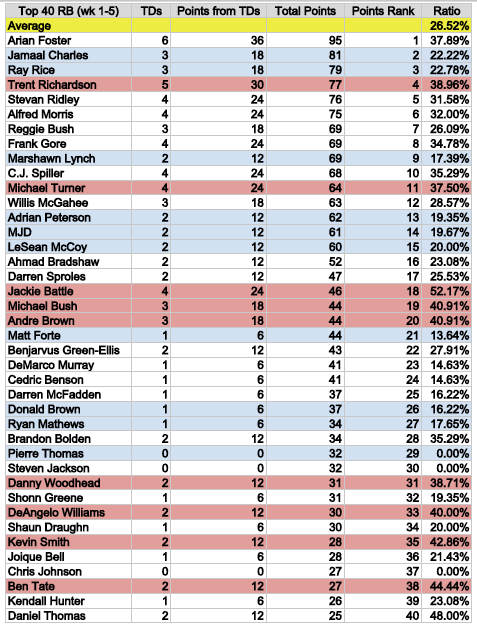 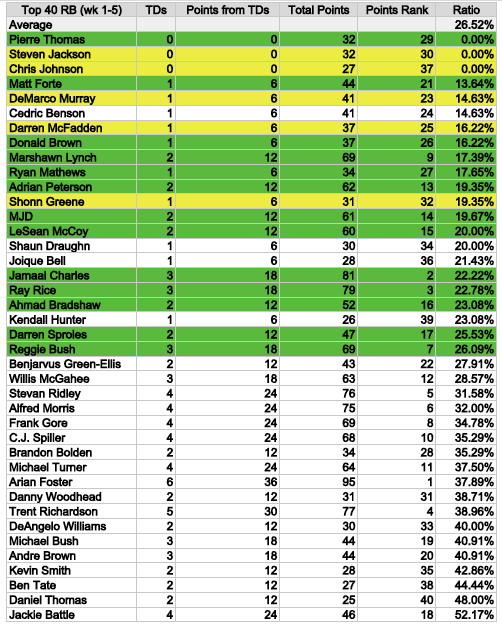