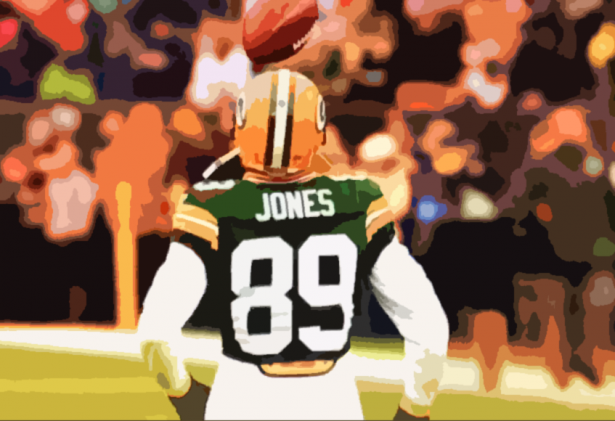 Here they are. I’ve provided the data sorted by total points on the season as well as by dependency ratio. After seeing the results for several weeks, the ideal range that has emerged is 15-30% – neither touchdown dependent or deficient.

Players in this range are consistent and reliable performers with upside who have probably met or surpassed expectations. Less than 15% is touchdown deficient and 35+% is touchdown dependent, which can be worrisome for many players. But not all. You start to realize that being a fantasy stud requires a 35%+ ratio. In those cases, it represents touchdown propensity not dependency. If a stud’s environment is conducive to continued production, you aren’t concerned.

I happen to own Calvin Johnson and Vincent Jackson in one of my personal fantasy leagues. I can tell you, this is a perfect snapshot of their production. The #15 and #16 fantasy receivers on the season. They’ve both been solid. Their point outputs are similar. Johnson isn’t touchdown dependent and Jackson is. VJax has been much more up and down.

These numbers reflect the current sentiment of the Miles Austin vs. Dez Bryant debate. If you’ve watched the Cowboys lately, you would say it’s close but you like Dez a little bit more.

James Jones’ TD dependency ratio is a code red. He is a prime candidate to sell high. His saving grace is that Aaron Rodgers throws so many touchdowns that it might not matter.

Many owners have recently picked up Josh Gordon and are making a tough decision whether to play him or not. Reliable waiver plays like Nate Washington, Jeremy Kerley, and Nate Burleson are safer options. Of course, you will want to reference The Matchup Tool when sorting that mess out. 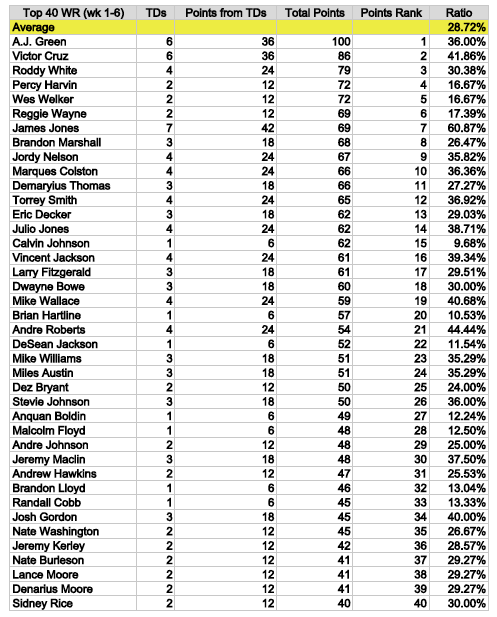 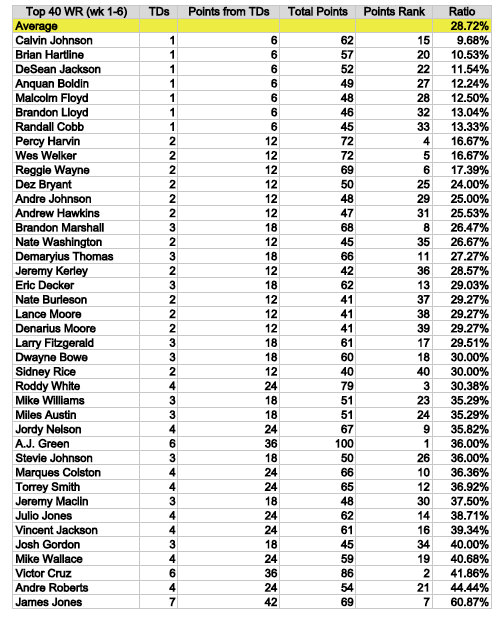