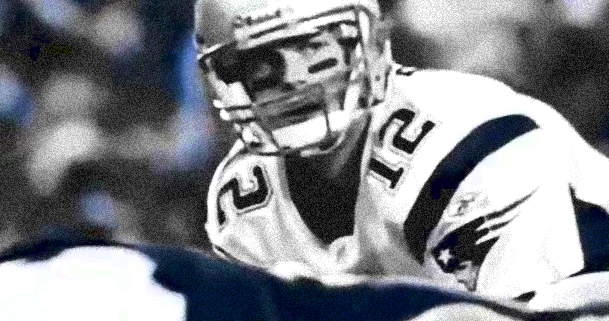 A common theme among winning fantasy owners in 2013 drafts will be that of “waiting on a quarterback.” The 2012 season taught fantasy players that the lavish numbers put up by the elite QBs in 2011 was more the exception than the rule as offensive coordinators found innovative ways to exploit defenses after a strike-shortened offseason.

The graph below should give further credence to this reasoning. The fact is, fantasy owners will still have the services of 20-plus point weekly options available to them very late in the draft while the sucker league-mates who took QBs early will be drafting kickers and defenses.

While taking part in mock drafts, use this tool as a gauge for opportunity cost and comparison of talent scarcity from position to position. If the estimated fall-off between one round to the next in average points out of available players at other positions is greater than the falloff in QB average points based on this graph*, simply don’t select a quarterback.

*based on standard scoring 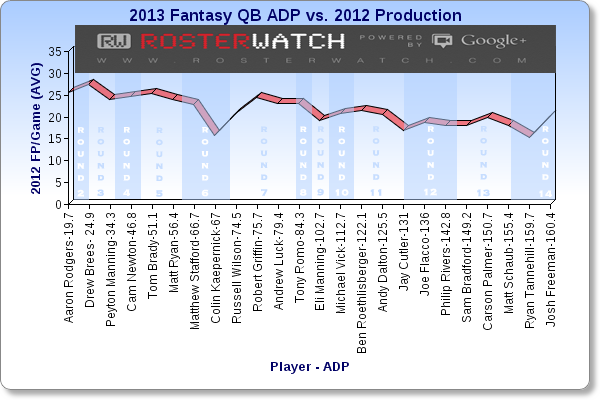