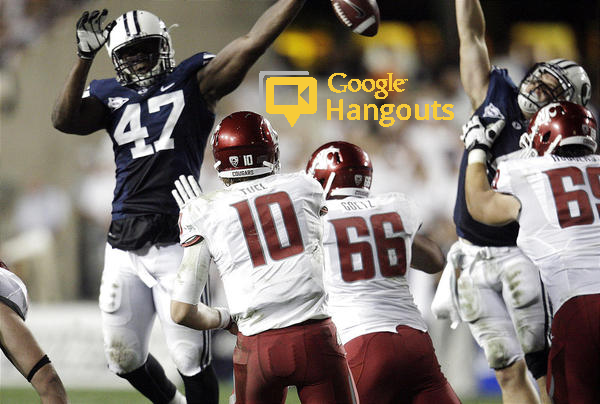 We might as well get that adjective out of the way early on, because it dominates most every bit of narrative analysis regarding the skill set that Ezekiel Ansah brings to the table.

The fact is, Ansah has only been playing football for two-and-a-half seasons. A native of Ghana, Ansah is a converted track star with off-the-charts potential at the NFL level. He just looks bigger than everyone else on tape, much like a puppy with huge paws that will scare every kid in the neighborhood when he grows into them.

The main issue I see is the wasted motion off the snap. Ansah uses his critical first bit of motion to “pop up” out of his stance as opposed to taking a deliberate first step, engaging and positioning himself for contact or pursuit.

This usually leads to a scenario where Ansah’s first contact with the opposing offensive tackle comes with his hands being squarely placed on the tackle’s numbers with high pad level. When Ansah sees the ball, though—or the ball-carrier—he is virtually unstoppable despite the early pickle he puts himself in sometimes.

He uses a skill that I have learned just this year that is called “ice-picking.” It’s a term I love because it is a hard attribute to describe. Basically, when Ansah gets pushed away from the flow of the play, he can “ice-pick” back to the play with great speed and power.

He can do it because he is huge and freakishly athletic. It is quite obvious that when Ansah learns to put himself in a good position from the start, he is going to be a force.