Have you felt the power of RosterWatch hyperDFS? Now that your season-long leagues have concluded, come give it a spin … 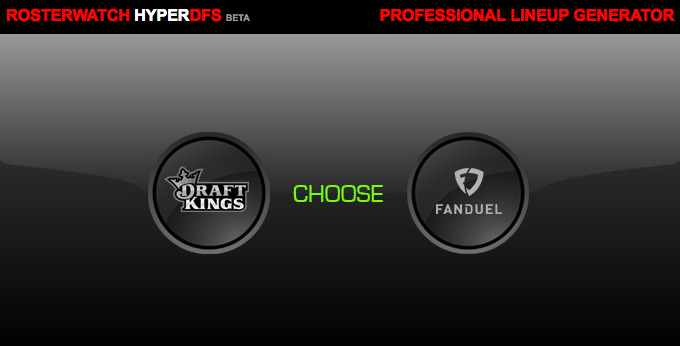 Scouting Notes: An upright runner with soft feet, Gallman moves fluidly for a tall back. Gallman isn’t the fastest runner, but he gets to top speed quickly and runs violently through would-be tacklers when he isn’t making them miss with his impressive lateral agility. Gallman doesn’t always have good vision and can drift behind the line of scrimmage indecisively at times, but he tends to make defenses pay when he hits the hole. He keeps the ball moving forward despite his high pad level and he falls forward when he’s eventually brought. Gallman is a capable pass catcher and has more experience in pass protection than a lot of backs coming into the draft. Again, his high stance is a factor here, as he gets knocked off-balance when blocking on occasion.

Fantasy Outlook: In another draft class, where there wasn’t a plethora of high grade running back talent, Gallman would stand out much more. As is, he’s overshadowed by some of the guys who had more readily apparent impact on their respective teams. He also took a backseat to QB Deshaun Watson from his own team, though Gallman was integral in Watson’s success. If Gallman can add a little muscle and work on lowering his pads, he could end up being a steal in the draft.

From the Clemson athletic department:

Junior who has made a name for himself as one of the nation’s most physical running backs … vastly improved as a blocker and pass-catcher out of the backfield … through two seasons and 27 games, has 2,296 rushing yards on 444 carries, with 17 touchdowns … has added 45 career receptions for 321 yards and two touchdowns … passed Raymond Priester’s single-season school record for rushing yards in 2015 … preseason third-team All-American by Athlon … member of the preseason Maxwell Award watch list … nation’s No. 7 preseason running back by Lindy’s and No. 10 by Phil Steele … has 12 career 100-yard rushing games, and Clemson is 12-0 in those contests … needs five to break Priester’s career record for 100-yard rushing games … needs just 704 rushing yards to become the sixth Clemson back to surpass 3,000 in his career and 1,671 to become the Tigers’ career leader.