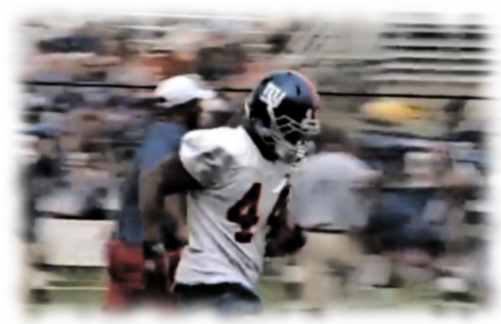 Over an 80-game, five season career, the New York Giants running back has played in 70 of those 80 games, starting in 21 total. In 12 of those 70 games, Bradshaw merely appeared as a kick returner albeit early on in his career.

However, over the course of the last three years, Bradshaw has played in a total of 46 games out of a possible 48 games. In seven of those 46 games, Ahmad Bradshaw rushed for over 100 yards and has rushed for 50 yards or less in 16 of those matchups. For fantasy owners looking for relief assistance via the passing game, Bradshaw has managed more than five receptions in a game only once in his career.

In 2011, the enigmatic Ahmad Bradshaw did seem to correct fumbling issues that plagued him during the 2010 season, and with Brandon Jacobs’ departure to San Francisco, some fantasy football enthusiasts have Bradshaw pegged for a big season.

Those of you purchasing Ahmad Bradshaw hype train tickets may want to keep your money in your pocketbooks and sit this trip out.

Virginia Tech’s David Wilson was drafted 32nd overall by the world champion Giants during this past April’s draft. Wilson finished last years collegiate season with 1,709 rushing yards on 290 carries, and was named the 2011 ACC Offensive Player of the Year. The Giants most certainly did not draft Wilson to sit the bench.

Coupling that with Ahmad Bradshaw’s documented foot issues, we would not be so quick to jump on the Bradshaw Bandwagon just yet.

Bradshaw’s current ADP is anywhere between 29.6 and 42.8 while frequently being the 15th to 17th RB taken off the board. Bradshaw’s numbers dictate his value being more advantageous to a fantasy team if actually taken closer to round five. Around the 18th-20th RB territory.

Potentially, Bradshaw could have a big season, and in dynasty leagues we would suggest that you “Hold” on Bradshaw unless you have much more reliable options.

As for the “Buy” and the “Sell,” let’s make like Captain Obvious and suggest that you act without haste if being offered the farm for the potential fantasy stud, all the while holding off on any drastic actions if any inclination of a “Buy” action is creeping into that constantly calculating fantasy cranium of yours.

Along with the potential of a stellar statistical tirade this season is the potential that Bradshaw could end up being the bane of an owner’s fantasy existence. Helping to bring the curtain down upon your team’s likelihood of plowing into the playoffs, much less contending for a fantasy crown.