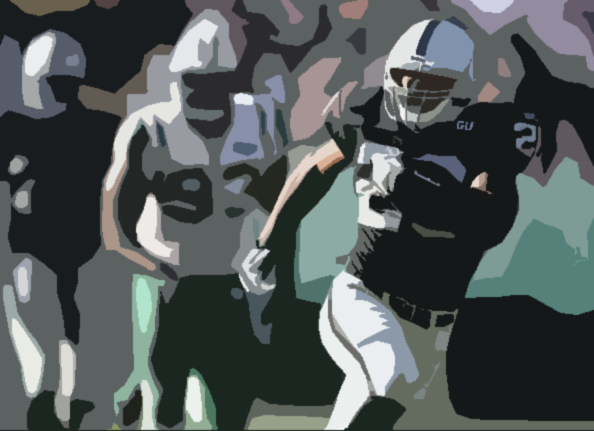 It looks like some noteworthy fantasy football intelligence has come to us from a golf tournament. The American Century Championship, in beautiful Lake Tahoe to be exact. You could see the pine trees in the background during Alex Flanagan’s interview with Carson Palmer on NBC Sports. As Palmer was describing how explosive the new offense, under Greg Knapp, would be; Flanagan followed her fantasy intuition and moved in with the perfect question:

“More of a pass offense, or more of a run offense?” Just seconds removed from fervently describing the Raiders new passing game, Palmer instantly responded “Run Offense”. “With McFadden in the backfield you got to give him his touches…Because he can go the distance from anywhere on the field.” He also says “the offensive line is hungry. They are going to open a lot of great holes for him.”

Good stuff. While McFadden has shown a propensity for missing too many games, he is extremely reliable when he plays. He has a boom/bust ratio that is among the best. With McFadden there has been an injury pattern, you cannot deny it. Still, injuries are hard to forecast. Consider McFadden a medium risk-high reward prospect. If healthy, he has upside for 2,000 total yards and 10+ TDs.

Dennis Allen told us at the Combine that Darren McFadden was the hardest player in the league to game plan for while he was defensive coordinator in Denver. He absolutely loves him.

Probably worthy of a 2nd-3rd round pick, some players will feel justified pulling the trigger at the end of the 1st. Consider your tolerance for risk. If you draft Darren McFadden make sure you build depth at your RB position. You want to have a solid core of #2s and ideally you would draft one of his handcuffs. We like Mike Goodson as the best handcuff option, but in the event of a McFadden injury, Taiwan Jones may also become serviceable.