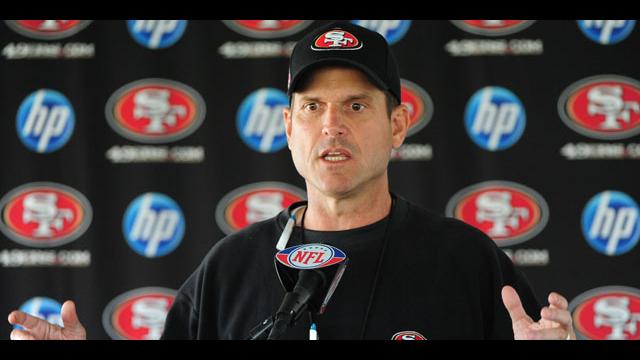 As Eric Branch told me in my 2012 Draft Needs gone-viral Austin Chronicle Column: The 49ers are stuck at the wide receiver position heading into 2012. In fact, if you look at the numbers, they have been for some time. Branch pointed out: “The Bears and the 49ers are the only two NFL teams that haven’t had a 1,000-yard receiver since 2003.” That is terrible, but you can always attribute some of that lost WR production to TE position, at least during Harbaugh’s tenure. Former Head Coach Mike Singletary was too busy dropping his pants and quoting Winston Churchill to properly utilize TE Vernon Davis as a player, or motivate him as a person.

The only two receivers the 49ers will be keeping under contract coming into this 2012 season are Michael Crabtree and Kyle Williams. The organization has exercised the option to carry over its remaining $16.78 Million in cap space from 2011 and apply it towards 2012, giving them around $38 Million of room. Even Crabtree couldn’t “dream it in his head” a scenario by which the 49ers do not address the position via draft and/or free agency

On a side note- I really like Crabtree as a bit of a sleeper for next year. The fact is, he is sick. Everyone knows he has a prima-donna attitude and takes plays off, but Harbaugh has seemed to really transform a culture in one season. They take the hard-hat “Whose got it better than us?” -stuff seriously around there. Look at Crabtree’s production through last season. You’ll notice he was definitely trending upward, and most importantly- getting more involved in the game plan as a weapon near the goal line, resulting in touchdowns. He gives me distinct feelings of my thoughts about Percy Harvin coming out of last season.

Here’s who is out there:

– Mike Wallace, Steelers- Best option, Plan A, perfect. Wallace is restricted with a first round tender, but they pick at the very end of the first anyway. No player in this draft, not even Justin Blackmon (who will be long gone) is as safe of a huge-upside move.

– Vincent Jackson, Chargers- This is almost a 1(a) 1(b) situation with these first two. I feel the same way about the talent-levels, the “Win-Now”-readiness of their games and the fit in into the offense. Both options make better sense than any draft prospect.

– Trade up for Notre Dame WR Michael Floyd if he starts to fall- he will not be available at 30 most likely. He is the #1 WR on my draft board, but can be found as low as 4 & 5 on some industry mocks. From what sources have told me, I believe he will be drafted earlier than most expect. I watched him at the Combine, and like everyone else, was absolutely impressed. He is a natural hands catcher like no other prospect in this draft, and he is also the most impressive with his speed cut. It really wasn’t even close when you were there to see it live and in-person. The amount of torque he creates into and out of cuts is startling. He would be an immediate contributor as a fast, powerful and solid route runner. Great fit for the 49ers.

– Marques Colston, Saints- I don’t know about this fit. We all love Colston and he has been awesome, but I wonder about his fit in this offense. He struggles with separation nowadays because of (issue 2) his injury history. The fact is, Vernon Davis already occupies a role very similar to the one that Colston has carved out for himself in New Orleans. He doesn’t create the same mismatches split out wide that any of the aforementioned candidates do. Not in Harbaugh’s WCO. It requires a level of explosion from a productive split end that I have honestly never seen out of Colston in his career. It’s not a knock on Colston, I love him. Just hate the fit.

– And the most likely scenario (possibly in combination with one of the options above)– stand pat at pick 30 and choose between Alshon Jeffery (South Carolina) Rueben Randle (LSU) and Mohammed Sanu (Rutgers).

– I’ve followed Alshon Jeffery and been in contact with his staff all draft season. If you’re interested in his off-season regimen or any of the ridiculous rumors about his weight gain that I squashed– click these links. He’s a big vertical threat- and I feel, the best fit out of this group. I know many scouts disagree.

– NFL Scouts love Rueben Randle much more than the mainstream media or draftniks seem to, as evidenced by his lower projections in mocks and “Top Prospects” lists. Once source close to the Bears told me at the combine that they have a Top 15-overall grade on him. He is impressive physically, and I was told by the same source that the reason we did not see the production in College is because his quarterback play was terrible.

– Mohammed Sanu would not be a good fit. He’s a possession receiver. A very productive one at Rutgers, but truly a textbook possession receiver. His longest catch of the season was 32 yards, but in 2011 he averaged 6 catches a game at just under 11 yards a clip. He could be a fantastic fit somewhere, but the problem is the 49ers already have a spiderman-ish freak who can physically get into the same zones and make plays. I am not saying Crabtree is a possession receiver, but he did occupy that space countless times in 2011 and a role seems to be coming along. If his development continues, most feel you would be happier to have a corvette on the other side of the field.