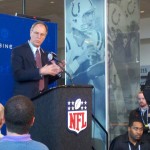 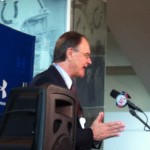 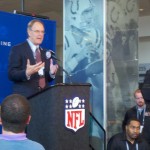 We love Coach Billick. In the best interview of the week, Billick entertained as he provided terrific draft insight.

The podium highlight followed a question about recreational drug use. Billick started by saying he hates the term “recreational”. Then things got really funny as he explained the considerations teams must make regarding this subject.

Coach Billick wondered aloud “What do we do when California makes Marijuana legal? Its going to happen.” “I’m from California and thats why I left.” “The budget is so screwed up out there. I think all of the state officials must be on dope.”

The whole media room broke out in to laughter. Quite hilarious! We always liked Billick as a member of the media but now we love him.