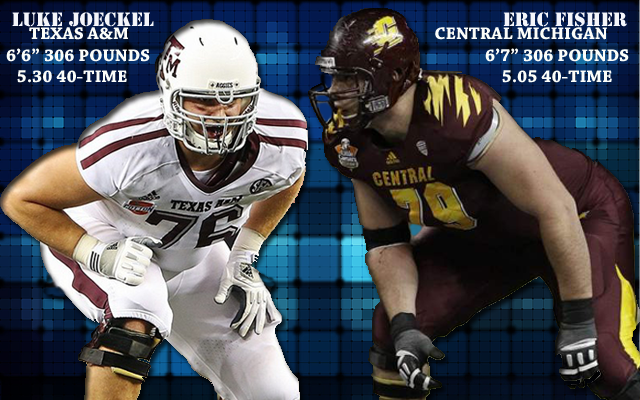 Branden Albert will be traded for a second round pick and the Chiefs will fill a big need with arguably the best player in the draft. In the end, it’s like KC traded Albert for Alex Smith, while saving money and getting younger at Left Tackle.

The Jags have made no secret that edge rusher is a top priority. Gus Bradley loves versatility. He gets his man.

They want to trade back more than any team in the league to acquire more picks. If they can’t, they fill their biggest need with a player who has one of the drafts highest ceilings.

Fletcher Cox and Isaac Sopoaga are not enough to open the season with- on a new three-man line. Solid offensive tackles and cornerbacks are available later in the draft. Lotulelei is an explosive prospect that is miles ahead of the mid-round DT talent available later. His ability to play the 0,1,3,5 make him an ideal fit for the Eagles new defense.

The Lions shouldn’t be able to screw this one up. Their biggest need is left tackle. Eric Fisher is the best player on the board. Made in Michigan stays in Michigan.

The Browns have the luxury of drafting the best player available. On paper it’s an odd fit. Their new and ultra-aggressive DC Ray Horton will make this work. Cleveland could have the best Front 7 in the league.

Terrible offensive line with a gaping hole at left tackle. Lane Johnson. Check Mark. He may turn out better than Fisher or Joeckel.

There are no guarantees the team can get Ryan Nassib later. Coach Marrone is very familiar with Geno’s exploits from their time in the Big East together. The Bills need a future. This has to happen.

Talent meets need. Tennessee gets an exciting player in the middle of the defense, who provides an interior pass rush.