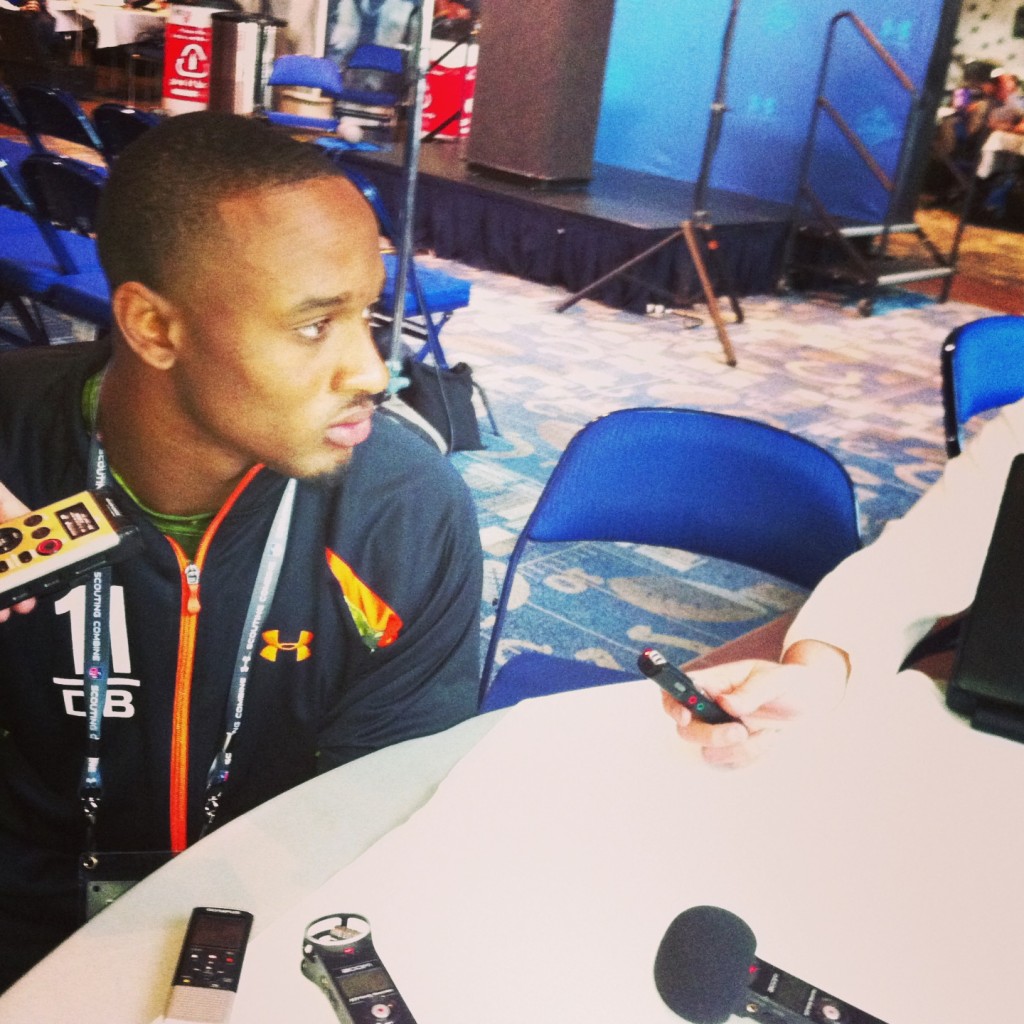 Milliner’s slide stops just outside the Top 10. Cornerback is a premium position and he is a solid prospect. San Diego needs big time help in the secondary.

With two second round picks they opt not to reach for a tackle or cornerback. The Dolphins are retooling their rushing attack this offseason and Cooper is a perfect fit for Coach Philbin’s zone blocking scheme. Cooper is a consensus Top 15 talent in this draft.

Hayden is a Rex Ryan kind of cornerback. The Jets find their successor to Darrelle Revis and save a whole lot of money, just the way GM John Idzik likes it.

Defensive tackle is the big need. Unfortunately, there are none worthy of this pick. The electrifying playmaker falls right into their lap. Austin provides a much needed boost to the passing game.

The Saints covet players who are large in physical stature. Fluker is a monster of a man who fills a need and fits right in.

Steven Jackson is gone. The rushing attack is under re-construction. A road grating guard is a good place to start.

Jarvis Jones has some of the most productive film of any player in this draft. A perfect replacement for James Harrison. He falls no further.

In classic Jerry Jones form, the Cowboys reach for need. Williams flashes brilliance, but this is a risky pick.

GM Jerry Reese does what he always does- wait for a talented defensive end to slide right to him.

Need prevails in The Windy City. There’s not much else to say.

A perfect Marvin Lewis pick. Mingo was misused in college but will fit nicely in Cincinnati. The move gives the team some insurance when Michael Johnson and Carlos Dunlap approach Free Agency next year.