A flurry of trade activity that has occurred within the Panthers organization today. They traded for Raiders WR Louis Murphy and sent former first round pick, OT Jeff Otah to the Jets. Louis Murphy was buried on the depth chart in Oakland like Clausen is behind Carolina QB Cam Newton.

As Darin Gantt hilariously pointed out on Twitter, he seems a little nervous here: 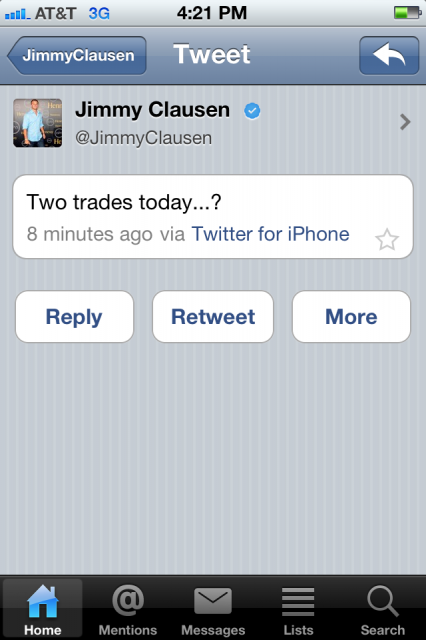 But who knows? Maybe it is frustrating knowing your best years are being spent backing up the Prototype in Cam Newton.

Otah is a beast but he cannot stay healthy. A very smart move for the Jets, and it reaks of new run game coordinator Tony Sparano like an italian meatball sub. A talent like Otah is worth the gamble for a team committed to the run who can’t run. Murphy is a dynamic talent. I was at Raiders training camp last year, and I know that the previous coaching staff loved him and were definitely frustrated to lose him to groin surgery. But, this is not the old staff in Oakland, and Louis Murphy is now a Panther.