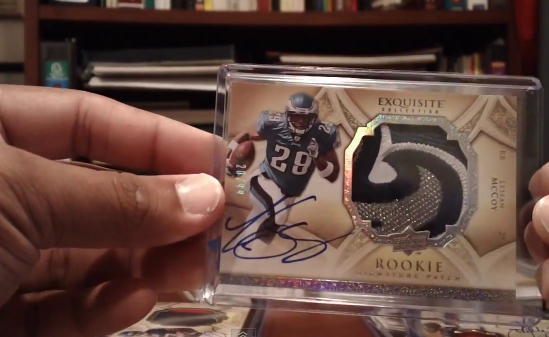 Reliability is a key component to the fantasy running back. A highly desired trait, especially in your studs. Guys who don’t lay eggs. Guys who don’t disappoint. This is a measure of fantasy floor. Information critical to building a competitive roster. Here is a reliability analysis over the last two seasons, of the top 15 RBs that qualify.

Interesting Tidbits:
– LeSean McCoy has been the most reliable RB in fantasy football
– Beanie Wells has been by far the worst
– Steven Jackson is sneaky reliable
– Ahmad Bradshaw is underrated
– Michael Turner is undervalued
– Darren McFadden is extremely reliable WHEN he plays
– MJD scores at least 7 points an incredible 96.7% of the time
– Arian Foster scores at least 10 points almost 87% of the time
– Ray Rice is at the top of every list

*To produce accurate ratios that are applicable for short term prognostication, this analysis consists of the top 15 RBs in the RW rankings who qualify for sampling:

Players with at least 20 regular season NFL games over the last 2 seasons.
Players that have spent the majority of the last two seasons on the same NFL team.
Players who are not returning from reconstructive knee surgeries. 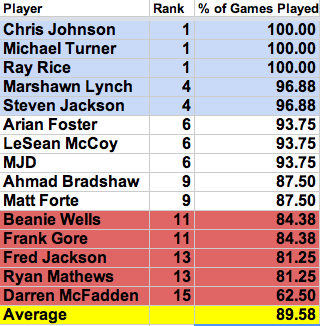 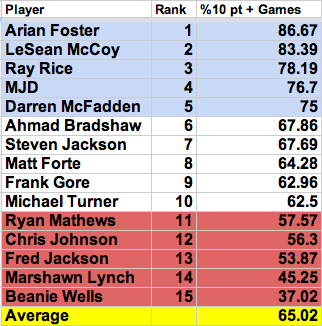 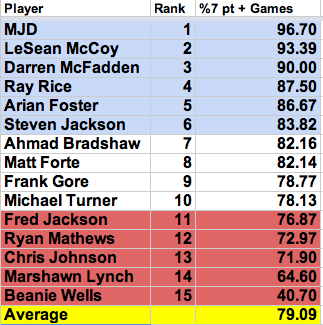 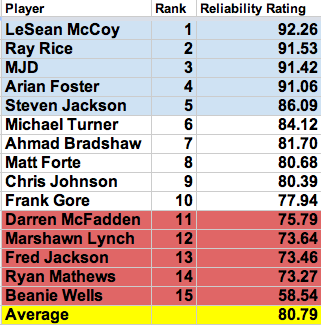