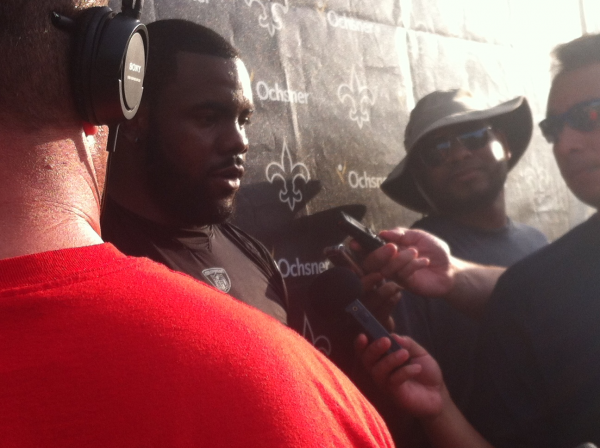 Justin Blackmon WR, Jaguars: Chances are you’ve probably already given up on the promising but thus far underwhelming rookie. I wouldn’t blame you, but with Laurent Robinson out for the foreseeable future with back to back concussions, Blackmon will be the man in Jacksonville. I’m not sure what that means in a Blaine Gabbert led offense, but he’s worth holding on to or picking up again.

Peyton Hillis RB, Chiefs: He’s out of the boot, but this is Jamaal Charles’ team now. Hillis was already losing time to Shaun Draughn, and that doesn’t look to stop anytime soon. He’s a force to be reckoned with when getting carries, but if there’s a Bolden, Blount, or Hillman on your waiver wire, I’d have to part ways.

Kevin Smith RB, Lions: Leshoure has a tenuous hold on the backfield, as his health is questionable. Joique Bell is getting more and more playing time. I feel as if he’ll be relevant again this season, but I’m just not sure when. Cut him loose for now.

Robert Meachem WR, Chargers: No receiver has been more frustrating to me this season. After a monstrous hype job by the San Diego beat writers, Meachem has done anything but be impressive. You can see what he does against his former Saints team this weekend, but if he can’t make something happen against them I fear all hope is lost of him having anything close to a productive season for you.

Ryan Williams RB, Cardinals: Williams was of no consequence against Miami on Sunday, and lost carries to William Powell (who?). Still, he has a juicy matchup against the Rams this week. Hold on for at least another game.

Mark Ingram RB, Saints: So much for Ingram having a significant fantasy impact this season. Maybe I’m exaggerating a bit, but it doesn’t look good for the young man. The Saints are having to play catchup constantly, which doesn’t bode well for a clock killer like Ingram. Hold onto him for the time being. Let’s hope the Saints can start holding onto leads.

Kyle Rudolph TE, Vikings: With the return of Jerome Simpson to the team, Rudolph’s numbers fell off the map against the Lions. Maybe it was a one game dud, but I’m a little worried. Let’s see if he can get back on track against Tennessee AKA The Slump Killers before you cut him.

Kevin Ogletree WR, Cowboys: Looks like Ogletree is truly a one hit wonder, after his week one explosion. Don’t count on him being start worthy any time soon. There are better options on your waiver wire. Exercise them.