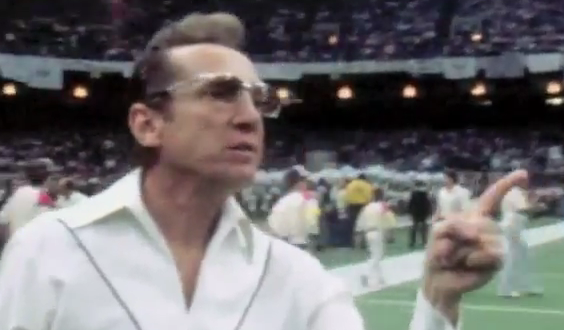 Shame on you if you didn’t read the last two weeks and pick up Brian Hartline.

These are the guys to mull over this week. Claim them on waivers, or pick them up as free agents.

Ryan Fitzpatrick, QB BUF
Averaging a very consistent 21 ppg. His totals have increased every week. His lowest output was 16 points. His highest was 27. The Bills are at San Francisco and Arizona the next two weeks. I like him week 7 back at home against the Titans.

Joique Bell, RB DET
The Trashman strikes again. 8 more targets and 72 yards for Bell. The Lions love him in the hurry up offense. They have been playing from behind quite a bit. Kevin Smith has vanished from the face of the earth.

Shaun Draughn, RB KC
Peyton Hillis is out of the picture. Draughn continues to be solid. 8 touches for 46 yards. The Chiefs are going to have to ease up on Charles.

Ronnie Hillman, RB DEN
They drafted him to play him this year. This was the week the brought him in as the complimentary back to Willis McGahee. Somewhat predictable 12 touches for 63 yards.

Jackie Battle, RB SD
Is this what it has come to? I hate Ryan Mathews. 19 touches for 81 yards and 2 touchdowns. Wow.

James Casey, RB/TE HOU
They were featuring Casey while we were at training camp. He could be a bit of a secret weapon for the Texans. They finally got him involved on 5 receptions for 36 yards and a touchdown.

Lamar Miller, RB MIA
He split carries with Daniel Thomas on Sunday. Miller is very talented and should earn the #2 spot soon. Definitely the Reggie Bush handcuff you want to own. He could even be a low-end spot start if the Dolphins decide to start spelling Bush.

LeGarrette Blount, RB TB
Not sure where this came from, but he almost split carries with Doug Martin in Week 4. Blount got the touchdown. Still a low, low, low end play. Keep an eye on his goal line activity.

Domenik Hixon, WR NYG
Hakeem Nicks may miss some time. Hixon was the beneficiary in Week 4. 11 targets for 114 yards.

Nate Burleson, WR DET
8 targets for 51 yd on Sunday. 20 targets the last two games. Burleson being Burleson. He has a bye week coming up.

Greg Little, WR CLE
Brandon Weeden is starting to throw it around quite a bit. Little had 10 targets for 77 yards this week. If he can cure his case of the drops, he could be a nice play.

Jerome Simpson, WR MIN
Slim Shady is back. Ponder looked deep down the sideline for him on multiple occasions. The result was 5 targets for 50 yards.

Jon Baldwin, WR KC
50 more yards on Sunday. He is finally emerging as the #2 in Kansas City. It’s been a gradual increase over the first four games. Baldwin has been a distant second on the team in targets two weeks in a row.

Sidney Rice, WR SEA
Led Seattle in targets with 7. The Seahawks are not a passing team and they have a rookie QB, but they still need a #1 WR. That guy is supposed to be Sidney Rice. We know Russel Wilson can throw it deep.

Kendall Wright, WR TEN
19 targets in two weeks. He got in the endzone for his second time through four games.

Nate Washington, WR TEN
5 more targets on Sunday. Always a threat for a big play. The possible Hasselbeck connection with Locker out?

Justin Blackmon, WR JAX
Is he finally emerging? 10 targets on Sunday might be a sign. The net result was 48 yards on 6 receptions. Still looks overmatched by No. 1 corners. He has a tough matchup against Chicago next week. Then he has a bye.

Lance Moore, WR NO
15 more targets. The beneficiary of the Robert Meachem departure.

Leonard Hankerson, WR WAS
11 targets. Pierre Garcon is working his way back.

Jets WR
It sounds like Santonio Holmes has a sneaky foot sprain. Those are multi-week, oftentimes long term injuries. Jeremy Kerley is your most reliable option. Stephen Hill has the most upside. Chaz Schilens has some nice potential but will almost certainly get hurt.

Scott Chandler, TE BUF
His weekly fantasy points so far: 11,11,2,18. You could do worse. He is extremely touchdown dependent.

Bengals
They play Miami at home this week. They are on the road at Cleveland next week.