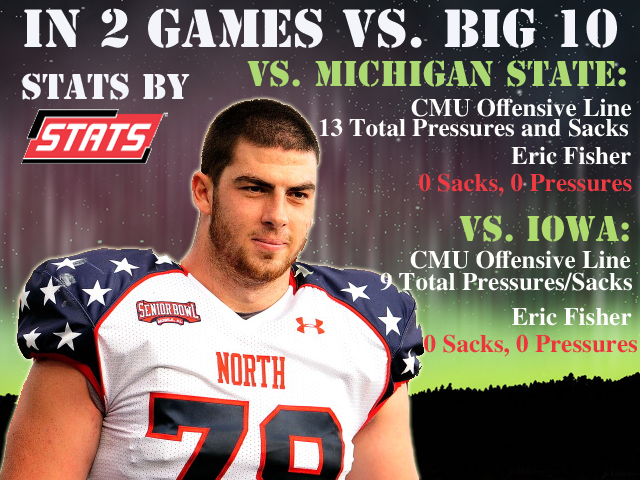 Change in Draft Needs- OT has gone to the top of the list.

Notes:
An edge rusher is a live possibility here. The Lions desperately need one and Jim Schwartz is a defensive guy. However, they must protect Matt Stafford, and Reilly Reif is not the answer on the left side. The passing game is the Lions biggest asset. One more Matt Stafford shoulder injury and Megatron could go the way of Larry Fitzgerald. The loss of OT Gosder Cherilus virtually cements the fact that both stud rookie tackle prospects Luke Joeckel and Eric Fisher will be drafted in the Top 5. It also gives rise to the surprise possibility of three offensive tackles going in the Top 5. Do not rule out Lane Johnson OT Oklahoma to the Lions. Coach Schwartz got to know him and Eric Fisher very well in Mobile, AL. Johnson is ultra-athletic with a ton of upside. The outside possibilities are Jarvis Jones OLB Georgia or Ezekiel Ansah DE BYU and the sleeper is Dee Milliner CB Alabama. It’s hard to imagine the Lions using this high first-round pick on the secondary after financially committing to three defensive backs in free agency.

OT Eric Fisher slides to #5 and not another spot further. He played at Central Michigan and keeps his blue collar work ethic in the state. The Lions protect their biggest assets for years to come.