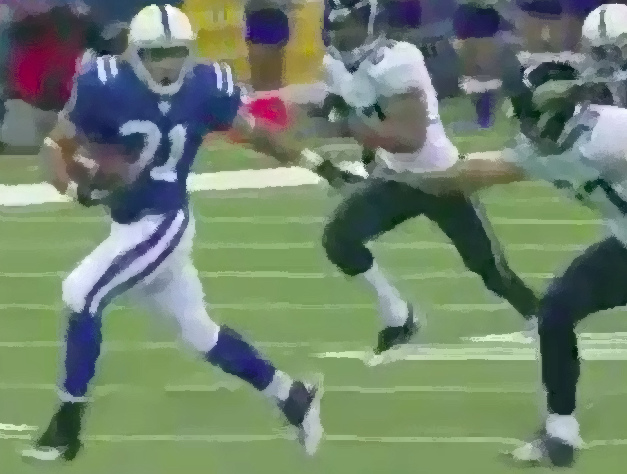 Some avid fantasy footballers will remember that Donald Brown came on strong last year down the stretch as Joe Addai faded into oblivion. Many though, forget all about that and can only conjure images of nagging injuries and mediocrity at best. There is a reason that Bill Polian, the former Colt’s personnel guru, drafted Brown in the first round of the 2009 draft.

Low-profile college running backs that are unknown commodities aren’t typically drafted in the first round unless they have flashed some serious skills. Especially in the era of the devalued running back position we currently operate in. Polian is known to have a very keen eye for talent, and I think we may be finally seeing it manifest in Donald Brown.

I was shocked to calculate that last season, over the 12 games in which Donald Brown carried the ball, he averaged almost 9 points a game. That alone is good enough production to warrant flex or 3rd RB status in fantasy football. Not to mention, that was on an absolutely pitiful Indy offense that was in complete disarray.

Now fast forward to 2012. Enter Andrew Luck. A guy that so far in preseason is showing so much poise and control, I can’t help but think the taboo. Joe Montana?! Hyperbole at its best, it is still becoming pretty obvious that the Colts are going to have a competent offense under Luck and they are going to score points. Brown has had two very solid games so far, looking fast and scoring a TD in each. I also like the fact that we are seeing him more involved in the passing game.

Some will argue that it may be running back by committee in Indy, but I say show me more than handful of situations that aren’t. Donald Brown has been the clear cut #1 RB in that rotation during the pre-season. As much as we like Vick Ballard at RosterWatch, I just don’t see any of Brown’s stablemates threatening his role as the lead horse this season. I only see improvement. Expect 9-10 points/game from Brown this year, vaulting him into even greater fantasy relevance.

If he starts showing explosive upside in the new offense he may even catapult himself to RB2 status during the season. That type of production would cement Brown as a draft steal, as he is currently being drafted in the late 8th to early 9th round.