What have we learned from Week 1?
Dorian “The Trashman” Colbert, Rosterwatch.com 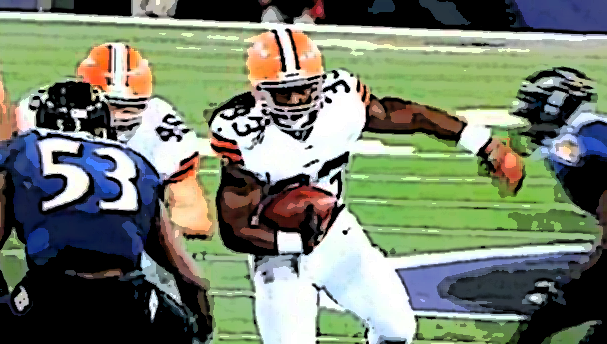 -What Peyton Manning lacks in arm strength, he makes up in sheer volume of throws.

-The Broncos running game is a situation to avoid, but if you must start a Denver back next week it should be Knowshon Moreno.

-Patriots WR Kenbrell Thompkins had only 4 catches against the Bills, but he had 14 targets. Don’t cut him loose just yet.

-Now is not the time to sell high on New England RB Shane Vereen. He will pay dividends all year once he returns from his minor hand injury.

-Bills RB Fred Jackson could see nearly as many carries as RB C.J. Spiller in Week 2. He looks fresh, and provides stand-alone value.

–Benjarvus Green-Ellis is still the bell-cow in Cincinnati. Gio Bernard will have to wait his turn.

-Browns TE Jordan Cameron is the real deal. He’ll be a major part of the offense going forward.

-Don’t freak out over Trent Richardson.

-Miami WR Mike Wallace and QB Ryan Tannehill still aren’t on the same page. One reception? Look at the targets. One of these WRs is not like the others.

-Dolphins RB Lamar Miller only gained 3 yards on 10 carries. Until he separates himself from Daniel Thomas, you’re going to see an even timeshare.

-Don’t go chasing Vikings WR Jerome Simpson after a 140-yard effort. Make him do it again before you drop someone of worth for him.

–Reggie Bush will lead all RBs in receptions this season.

-QB Terrelle Pryor led the Raiders in rushing yards. It won’t be the last time. He needs to be picked up in all leagues.

-WR Rod Streater will lead the Raiders in receiving this year.

-Outside of Reggie Wayne, no Colts receiver is a weekly fantasy play.

-Jags QB Blaine Gabbert has probably started his last game as an NFL quarterback. There is hope for Cecil Shorts and Justin Blackmon yet in Chad Henne. But, do I hear Tim Tebow calling?

–Pierre Thomas is the best value at RB in New Orleans.

-Saints WR Kenny Stills needs to be on rosters or at least fantasy radars across leagues.

-If Falcons WR Roddy White misses time with this ankle sprain, teammate Harry Douglas will be worth a spot start based on the snap counts, touches and targets numbers.

-Falcons RB Steven Jackson looks hungry, but still doesn’t have a nose for the end-zone.

-Bucs WR Vincent Jackson is now match-up proof. If he doesn’t produce one week, it’s his own fault. His kryptonite was Champ Bailey, but Bailey’s gotten old and they’re in different divisions/conferences anyway.

-Behind that atrocious O-line, I don’t trust and Steelers RB.

-Titans WR Kenny Britt will have some goods days, but he just can’t be depended on with Jake Locker under center.

-49ers QB Colin Kaepernick looks scary good. He’s doing it with his arm this year, and looks like a top five fantasy QB.

-WR Anquan Boldin could be the WR value of fantasy drafts.

-Packers RB Eddie Lacy was productive against the 49ers, which means he’s going to look amazing against everyone else.

–Touchdown-dependent WR James Jones may be in for a long season with the emergence of Jermichael Finley as the prime red-zone target.

-Rams TE Jared Cook was severely under utilized in Tennessee and Jeff Fisher apparently knew it. He could lead the team in TD receptions.

-All three starting Cardinals WRs should be rostered. The Arians offense allows room for a trio.

–Larry Fitzgerald looks like himself again. His owners’ patience will pay off big.

-Dallas RB DeMarco Murray doesn’t look impressive, but there is no one else to run the ball in big D.

-WR Miles Austin will be to Dez Bryant as Roddy White is to Julio Jones.

-The only thing keeping NYG RB David Wilson as lead back is lack of capable personnel. I see Willis McGahee in a blue jersey soon.

-I can say LeSean McCoy will lead the league in rushing without blinking. He just looks quicker than everyone else on the field.

-WR DeSean Jackson is on the verge of a career year in Philly. He will perform like a WR 1 more often than not.

-TE Fred Davis doesn’t appear useful to RGIII. If he doesn’t get some significant action in the next game, I’d move on. There’s too much TE talent to be had elsewhere.

–RGIII‘s knee seems no worse for the wear. Use him freely.

-I don’t like any Chargers WR for consistent production, but the player with the best shot is Vincent Brown.