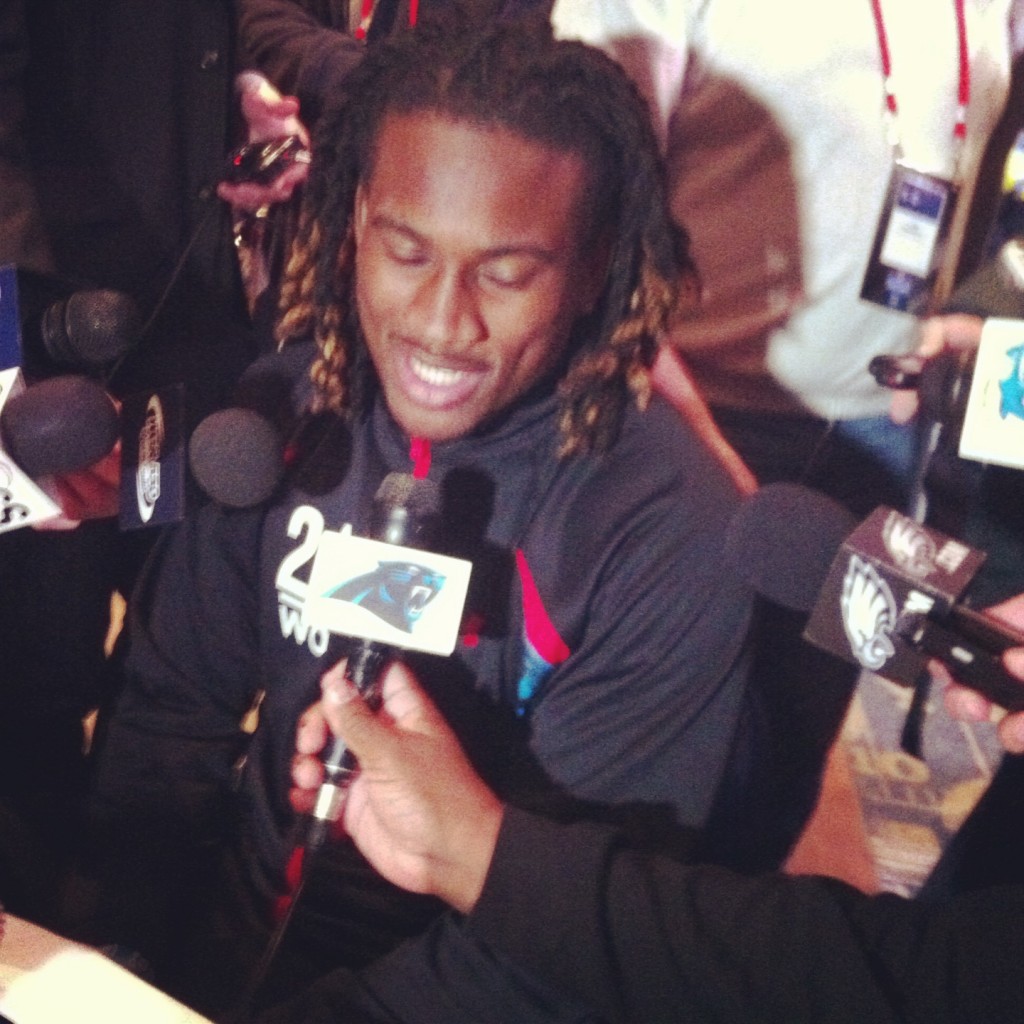 The dust has settled, and the New Year is upon us. Many new fantasy champions have been crowned.

We are exhausted, yet very excited to turn the page to an exciting NFL draft season. This is the time of year we begin arduously scouting the next crop of great NFL players and rookie fantasy superstars.

However, even in the midst of the offseason excitement- we realize what disgustingly sick individuals we are- as we already dream about this 2014 12-team fantasy Super-Monster, drafting from the 12 spot- on the turn:

So, as we turn our attention to snooping around – far and near – for our own fantasy interests at the Senior Bowl, NFL Combine, Rookie MiniCamps, and training camps, we leave you with these initial final fantasy thoughts and questions for 2014. Follow us throughout the offseason for the answers:

Will Peyton Manning be the #1 overall pick? 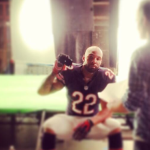 Where will Julio Jones be drafted? 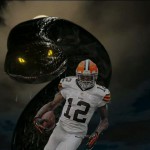 Regardless of offseason changes in Cleveland, should The Black Anaconda Josh Gordon unfurl as the second wide receiver off the board in 2014 drafts, just behind Megatron?

What will Alfred Morris look like in a different rushing attack?

And, what about Arian Foster for that matter?

After Jimmy Graham and Julius Thomas, we aren’t sure we are going to be in a huge rush to draft any tight end next year.

Was Ryan Mathews and DeMarco Murray’s durability a mirage? 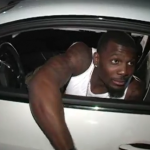 Why draft Dez Bryant, when you can get Keenan Allen later?

Where will Aaron Rodgers be drafted? He could be a steal.

We are completely done with the Steve Smiths, Greg Jennings, Miles Austins, MJDs, Steven Jacksons, and even Frank Gore’s of the world. The sand in the fantasy hour glass has been shaken up. Forget the names of old, it’s time to move on in favor of youth. It’s a new league.

Seriously, what in the hell do you do with Ray Rice next year?

And, for that matter- what round will you even consider drafting Trent Richardson in? 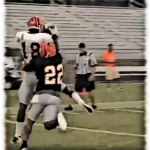 As Hakeem Nicks descends into the offseason free-agent abyss for his zero touchdown-scoring diminishing talents, will Reuben Randle finally emerge?

If he does, will we ever be able to trust anything connected to Eli Manning’s arm ever again?

Our preseason, Draft Cheat Sheet, recommended that Big Ben be your QB safety valve in fantasy drafts. That turned out pretty well. We like Ben even more next year. He’ll be another great draft value in 2014.

Speaking of Big Ben and draft value, you won’t be able to steal Antonio Brown in the eighth round again next year, but he’ll still represent great mid-round value as a sick WR1. 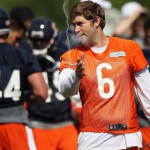 We agree that Cutler has a soft spot for Brandon Marshall. Still, we say- why draft Marshall when you can get better draft value on Alshon and his vice -grip -hamburger-helper hands?

What will happen to Joique Bell’s role under a new coaching regime?

Gio Bernard is a very exciting player, but why go crazy on him- when you can draft Andre Ellington rounds later?

We’ll have plenty of Justin Blackmon questions for the Jags coaching staff in Mobile, in just a few weeks.

How much more tread can Fred Jackson possibly have on the tires? 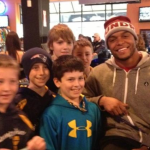 As of now, Shane Vereen is the only Patriots running back we want to own. He’s the only guy with a clear-cut role.

Montee Ball will close the gap on Knowshon Moreno in his sophomore campaign. Our money is still on Knowshon to carry the load.

In 16 team PPR leagues, we don’t care who the quarterback is, Kendall Wright is also a solid play.

We won’t recommend Darren Sproles, and his 9 touches/gm, as anything more than a 2nd flex play- in two flex 12 team formats. 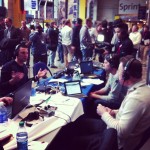 The Saint Bernard reggie McKenzie and Dennis Allen’s visor -complete with attached Sharpie pen- have to find a way to make Rashad Jennings the bell-cow on offense in 2014. He was a fantasy stud of epic proportions down the stretch in 2013. We absolutely love him as disgusting fantasy draft value for 2014.

We will be heavily investigating the Vikings new coaching staff’s intentions for Cordarrelle Patterson- all offseason long. Right now, we love Patterson in leagues that score special teams production- as high as the 4th round in 12 team drafts.

If we can get value on Julian Edelman, late again, we are snatching him up big-time.

In the end, I still think you will be able to wait on wide receiver in 2014 fantasy drafts. It’s a positional gold mine, full of potential WR1 talent.

To view Fantasy Football: 32 Questions and Thoughts for 2014