Some brief thoughts on what happened in yesterday’s games. 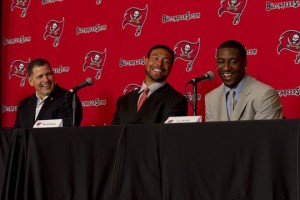 – Doug Martin’s shoulder isn’t separated, but the Bucs play again on Thursday, so the chances of backup Mike James starting are good. Pick him up.

– WR Harry Douglas will feast for as long as Roddy White is out and maybe beyond. He’s a comfortable start for the future.

– TE Joseph Fauria is an integral part of the Lions offense from here on out, especially in the red zone. It didn’t show up in fantasy this week, but he’s a favorite target of Matt Stafford.

– The same could be said for WR Kris Durham.

– Andy Dalton has actually been playing pretty well over the last few games. He’s worth a bye week filler.

– The Bills like Fred Jackson in their offense more than C.J. Spiller, at least while E.J Manuel is out.

– Miami WR Brandon Gibson is worth a pickup in most leagues. Ryan Tannehill looks for him constantly.

– I just don’t have very high hopes for Lamar Miller’s fantasy prospects this year. If you can get another good game out him, you need to ship him.

– Gronk is back to his old self. Start him with confidence.

– So is Stevan Ridley.

– Aaron Dobson will be a great receiver once he starts catching all those targets. 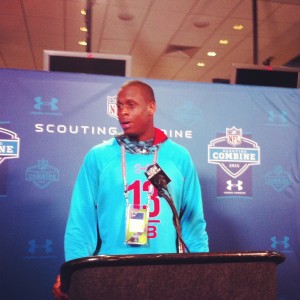 – Geno Smith loves TE Jeff Cumberland. He was a few missed catches away from a monster game.

– Looks like Bilal Powell is going to take a back seat to Chris Ivory. Get what you can for Powell while you can.

– The Eagles offense is Michael Vick’s as soon as he’s ready.

– The Dallas defense is legit. This means a lot in division where you play the mistake prone Giants, Redskins, and Eagles twice.

– Terrance Williams has eclipsed Miles Austin in the Dallas offense.

– Roy Helu Jr. is going to remain a force to be reckoned with in Washington. Pick him up.

– The Bears offense can still move without Jay Cutler. Phew.

– Sam Bradford is out for the season. Ship your Rams receivers and invest in RB Zac Stacy.

– Like I said in the Garbage Grab, Mike Tolbert, not Jonathan Stewart, is the biggest bane of DeAngelo Williams’ fantasy value.

– Chargers WR Keenan Allen was a couple pass interference calls away from pay-dirt. Keep on rolling with him. 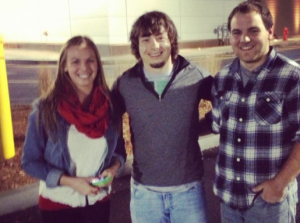 – Both Ryan Mathews and Danny Woodhead can find room to flourish on the San Diego offense. Think Fred Jackson and C.J. Spiller.

– Cecil Shorts won’t go away. He’s the safest Jaguar receiver to own.

– Jake Locker appears no worse for the wear after his hip injury.

– Josh Gordon is going to suffer as long as Brandon Weeden goes on thinking Greg Little is a real receiving option in Cleveland.

– Jordan Cameron will stay viable as Weeden’s safety blanket– which he will need a lot.

– With Randall Cobb, and now possibly Jermichael Finley out of action for the foreseeable future, WR Jarrett Boykin will remain a fixture in the Packers offense.

– Houston will survive without Matt Schaub, who was always a glorified game manager. 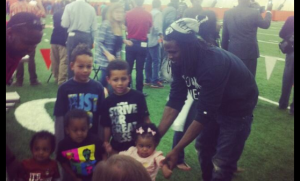 – Jamaal Charles is the Kansas City offense. He should be fantasy’s top back by season’s end. If he stays healthy, which we worry about.

– The Ravens offensive line is terrible. Ray Rice isn’t going to get any help.

– Trent Richardson is being surpassed by Donald Brown in early down work. You read that right. He is looking like a JAG. His fumble Sunday night won’t help his cause.

– Darrius Heyward-Bey is worth a speculative add in most leagues in the aftermath of Reggie Wayne’s knee injury.

– Even in a losing effort, the entire Broncos receiving corps is fantasy viable. If not for the bye week, I would feel totally comfortable in starting all of them on my roster every week.

– Ronnie Hillman can’t seem to hold onto the ball when it counts. I see an opening for Montee Ball very soon.