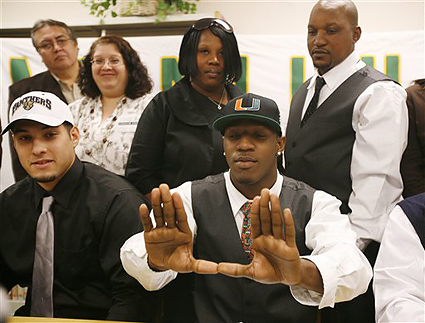 Lamar Miller may be responsible for the revival of the Hurricane RB in the NFL. Very smooth and very fast, Miller shows Chris Johnson/Darren McFadden type burst through the line of scrimmage. He can make the big play, but also runs with plenty of power. You see a lot of successful inside runs on tape, and Miller has very good size for an NFL RB at 5’11” and 212 lbs. I expect him to be transitioned into an offense in year one while fielding some kick return duties. Draft him in keeper leagues with an eye on year two. That said, I am anticipating useful fantasy contributions this year with potential for a few really big games.