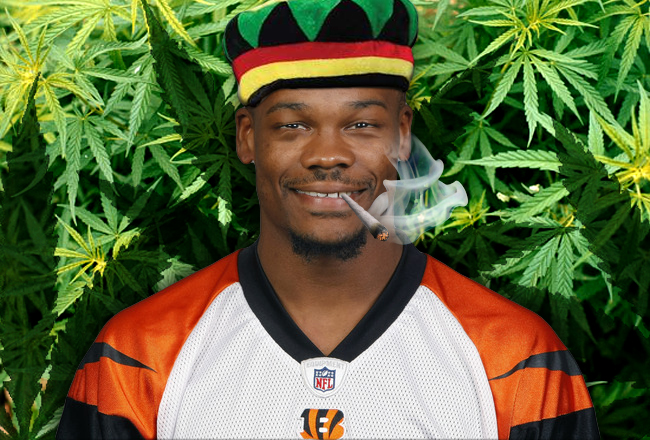 Former Bengals Wideout Jerome Simpson is on a lucky streak. Not only did he get what amounts to a slap on the wrist, in the form of a 3 game suspension and 15 days in the clink, for having two pounds of marijuana shipped to his house. Simpson now gets a new lease on football life with the Minnesota Vikings. The Vikes are no strangers to harboring players with criminal pasts (remember the Love Boat anyone?) so it doesn’t come as a surprise that they would take a flier on him. Simpson had a productive year for a no.2 receiver last season with 725 yds and 4 tds on  Bengals team that was just finding its footing. Simpson comes into an even more tentative situation in Minnesota with a promising but fresh QB, a hobbled star runner, and a coach who is still finding his way. There seem to be even fewer WR options in Minnesota than Cincinnati though, so I envision Simpson being worth a late round pick up in fantasy drafts, even with the suspension. He’ll warrant a roster spot in most leagues, and could be worth his weight in gold come the playoffs.