Is One Year With the Saints Worth Sacrificing HOF Candidacy for Parcells?
Alex Dunlap, Rosterwatch.com 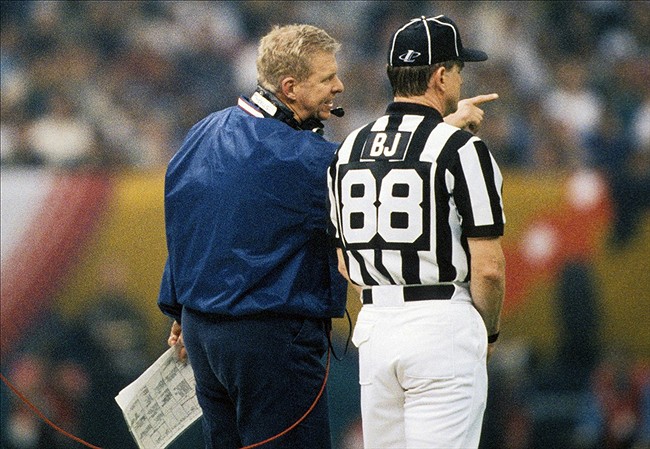 The Big Tuna has recently said he would be a “hypocrite” to not consider holding the wheel for currently suspended Saints HC (and revered sapling of his coaching tree) Sean Payton in the Big Easy for the 2012 Season. The ramifications of BountyGate are far reaching, and these considerations are sure to be numerous.

The most glaring issue to consider may be that of Bill Parcells’ Hall of Fame candidacy. The current NFL Hall of Fame bylaws stipulate that a NFL Coach must be retired for 5 years before being selected by the committee for consideration. The 71-year-old Parcells, in accepting this position, would effectively delay his candidacy for enshrinement until 5 years after the 2012 season finishes; a point in time at which he will be almost 78.

I had the opportunity to speak this afternoon with Joe Horrigan, VP of Communications for the NFL Hall of Fame about this issue.

“We have changed the bylaws in the past for the greater good of the bylaws, not for a person. We can’t change just to adjust for one person” He said.

“There have been times where we have made changes. A perfect example was 2008, at that time coaches, like administrators, were not made to wait the five year period. Bill Parcells had retired in 2007 and was eligible that year.”

In 2008, the rules changed regarding coaches as the committee instituted the five-year waiting period, which Horrigan says was due to a series of trends which made the committee rethink the meaning of the word “retirement” in the NFL head coaching ranks. There is still currently no waiting period for administrators, since, Horrigan says, many leaving these positions do so as a result of advanced age and only have so many years left to be enshrined in a non-posthumous fashion.

“John Madden’s a good example” he said. “He retired at a young age, but many selectors thought he might come back. Same thing with a player like Barry Sanders. He kept saying he was going to come back. Joe Gibbs- He was elected then went back to coaching. It wasn’t just one person we changed the rule for. We saw that more and more head coaches were retiring as young men. It’s such a stressful job. Head coaches tend to ‘retire’, take some time off, then jump back into it. That was a situation where we changed the rules, but not for one person.”

“Let’s say Parcells was a younger man and was 7 years out of retirement. Thats a viable candidate. You have to think though-What if he came out of retirement and didn’t have the same success? What if he came back and coached at a sub-par level? That could influence the overall picture of his career. At that point, he might not be as certain a Hall of Fame candidate as he was once considered. We have to guard against that. That’s why there is a waiting period at all. We need to make sure this is a difficult process. Its purposefully very difficult, and we can’t have a process where time is rushing a decision.”

I asked how this is different from Dick LeBeau, current Steelers DC, who was enshrined in 2010 while still coaching the Steelers.

“Dick LeBeau was enshrined as a player, as selected by our Senior sub-committee. In 2000 or 2001 we actually changed the rules regarding consideration of Seniors” (These are players who played over 25 years ago, and are not considered “Modern Era”) “We changed the rules to where every year there were to be 15 modern era candidates and always 2 Senior Era candidates. We have a separate Senior sub-committee that handles that. Perfect Example is Dick LeBeau. He played DB. He was an amazing DB, but was overlooked at the time because he played during an era that placed such an emphasis on offense. We increased the minimum number of Seniors because so many were overlooked, either due to the difficulty of the system, their position, the trends of the era or their team. Dick LeBeau was able to be inducted as a player while coaching because nothing that could have transpired in his coaching career could have tarnished or helped his legacy as a player, its a different deal.”

But it seems there might still be one loop-hole in which the Big Tuna could take over in the Big Easy without sacrificing any time off his current waiting period, which I think may end up being the way things eventually shake out:

“Now if Bill went to New Orleans as some kind of consultant, a special assistant for football operations or something like that, that falls under administrator, not coach. Like I said, there is not a waiting period for administrators. If his title is Head Coach, though, the clock resets.”