Harvin to have surgery on shoulder: Fantasy Implications
Dorian “The Trashman” Colbert, Rosterwatch.com 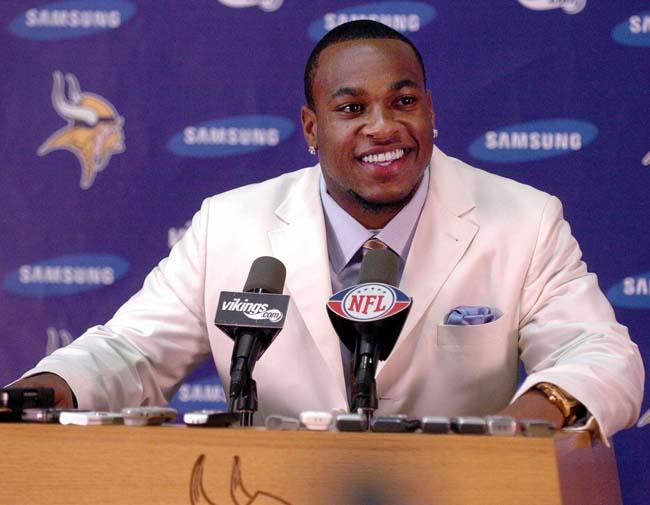 Minnesota Vikings WR/utility man Percy Harvin tweeted yesterday that he will undergo shoulder surgery in the off-season. He claims that recovery should be quick and he’ll be able to participate in OTA’s after the draft. He was also able to participate in today’s NFL uniform unveiling event on behalf of the franchise. From a fantasy perspective the surgery shouldn’t have much of an impact, if everything goes as planned. Harvin is still only 23, and this is his first known trip under the knife (or in this case, the laser as it merely arthroscopic surgery) as a pro. I would normally be more concerned with his history of migraine complications, but Alex Dunlap of Rosterwatch.com has learned through an Austin Chronicle interview with Aaron Taylor of CBS Sports that Harvin’s migraines have been found to have been caused by previously undiagnosed sleep apnea, which he is currently in treatment for.

Barring a setback, draft Harvin as you normally would. Unless the vikings beef up their offense through the draft or free-agency, he will be their only real playmaker after Adrian Peterson who is surrounded by huge question marks himself.