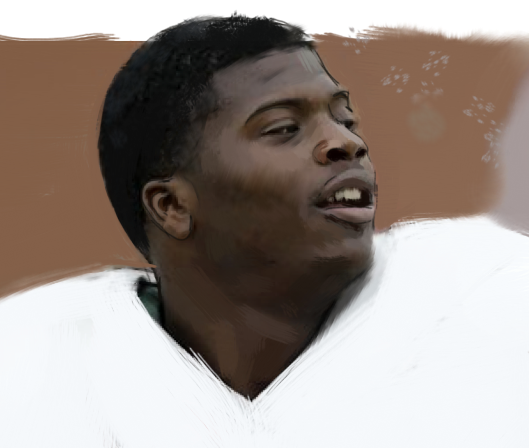 He knew 4.6+ was absurd so he didn’t pay any attention to it. Kendall Wright says the last time he ran 4.6 was 5th grade. It was all about the start. He wasn’t used to holding his stance for 3 seconds before take off. When he returned from Indy that is all he practiced, his start to the 40 yd. dash.

One of our favorite draft prospects, we were shocked with his times in Indy. He is so much faster than 4.6 on tape. A slow 40 time and a lack of height were a recipe for Kendall Wright’s draft stock to plummet. Thankfully, all concerns were alleviated today.

Kendall blew up the 40, running in the 4.4s twice. You notice that even though he is not tall he is not small. Wright is a thick dude with a cool haircut. His routes were crisp and his hands reliable while he demonstrated the ability to snatch the ball. Today Wright cemented his status as a 1st rd. pick and we fully expect him to be on of the first three WR taken in the draft.