The Sky is the Limit for Denver’s Rookie RB Ronnie Hillman
Dorian “The Trashman” Colbert, RosterWatch.com 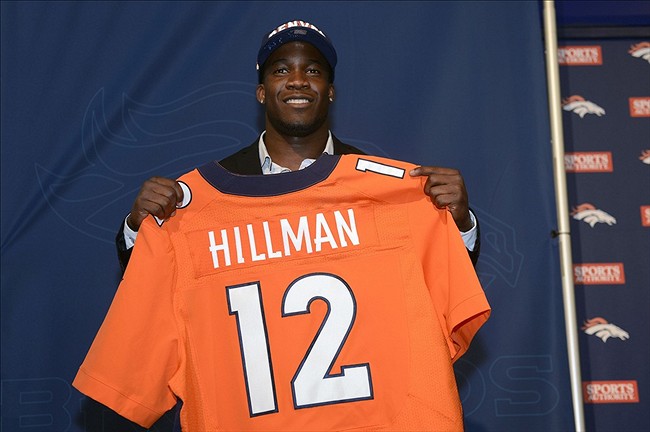 Broncos rookie 3rd rounder Ronnie Hillman is making his mark. So much so that the Denver Post reported that he is the second running back on the team right now, trailing only Willis McGahee. At 5’9″, 200 lbs, Hillman is a little undersized, but we’re seeing more and more smaller backs making a significant impact in the NFL. A change of pace guy, Hillman should be utilized in the passing game, and with Peyton Manning taking snaps you can expect that he’ll see quite a bit of action. I think we can expect around ten touches per game, and while that isn’t a truckload, Hillman is the type of back who can go big on few carries. I also can’t help but think of another versatile San Diego State RB named Marshall Faulk catching screens from Peyton Manning. Hillman’s elusiveness and speed out of the backfield should make for some explosive plays. His ability, coupled with McGahee’s injury history, should have fantasy deep diggers licking their chops. The young man is worth a flier in all leagues (Knowshon Moreno has been rendered useless in Denver, if you can’t read between the lines. Do not draft!)