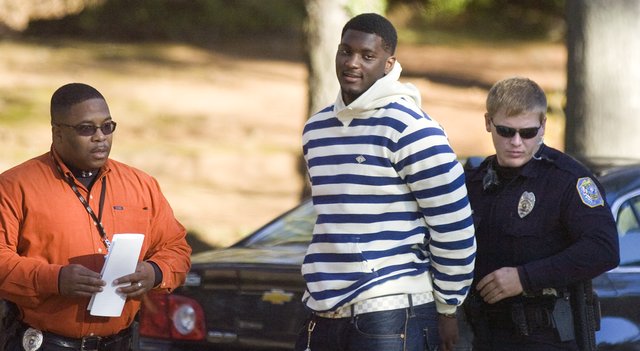 Teams are taking some chances as free agency moves along. Unfortunately, many of these chances aren’t likely to pay dividends. Still, there may be a few diamonds in the rough, as we look at the latest noteworthy acquisitions.

David Nelson WR, Cleveland Browns: Nelson had a fairly decent year in 2011. He even made a few appearances on my fantasy roster that year as the possession receiver in Buffalo. Last season wasn’t nearly so kind to him, as he started it with an ACL tear that hobbled him for the year. Now healed, and on a new team, Nelson could receive new life with a team that is in need of a guy who can keep his hands on the ball.

Lance Ball RB, Denver Broncos: Serviceable on passing downs, and handy picking up the blitz, Ball is a solid player but is more useful in real life than in fantasy. With Ronnie Hillman picking up steam, and Willis McGahee and Knowshon Moreno already in the mix, I don’t see Ball getting rolling this season.

Jeff Cumberland TE, New York Jets: Now that Dustin Keller has moved on to greener pastures, Cumberland is the starter by default. He actually started more games than Keller last season. Unless the team picks up a tight end in the draft, which they very well might, Cumberland will be Mark Sanchez’s safety blanket, and he needs one. Cumberland probably won’t be worth more than a spot start if he sticks.

Mike Jenkins CB, Oakland Raiders: What looks like the non-fiction version of the Bad News Bears, the Raiders franchise keeps adding more B talent to the roster. Jenkins was once a promising defender, but shoulder injuries have stunted his football growth considerably. He’ll start opposite Tracy Porter in a secondary that may compete for league-worst.

Brady Quinn QB, Seattle Seahawks: Quinn is the latest addition to a Seattle squad that looked like it couldn’t make a misstep, until now. Quinn has underperformed since entering the league, and I’m not sure why he wouldn’t keep it up on his new team. Seattle would do themselves a favor by picking up another signal caller before season’s start.

Seneca Wallace QB, Oakland Raiders: This is who Seattle should have acquired, but it looks like the Raiders will be procuring Wallace’s services this season. He probably won’t play, but he provides a veteran guide to a quarterback corps that sorely lacks experience. Matt Flynn and Terrelle Pryor are as green as it gets without being rookies.

Julian Edelman WR, New England Patriots: Edelman will try to do his best Wes Welker impersonation this season, and I guess we’ll see if Welker’s success really was just a product of the system, as the Pats have suggested. Well—I guess Danny Amendola will actually be the litmus test, but Edelman could end up being useful down the stretch, especially if Pittsburgh matches the offer sheet the Pats have extended to Steelers WR Emmanuel Sanders.

Rolando McClain LB, Baltimore Ravens: It looks as if McClain will get another chance at the NFL, albeit for the league minimum, in a one year deal with the Super Bowl Champs. I can’t think of a better group of guys to surround a somewhat talented but troubled young man. the 24 year-old McClain actually has a chance to start in Baltimore, with Ray Lewis retired, and could end up paying off for the team.