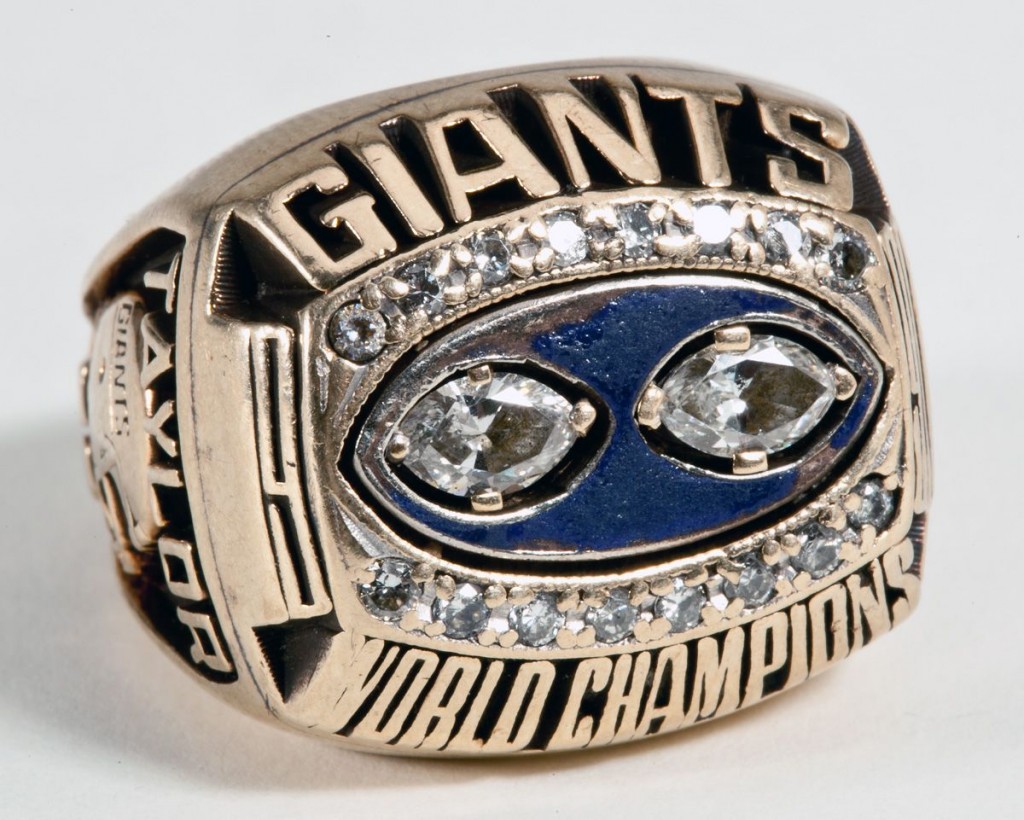 On the very day the 2011 NFL Champion New York Giants are receiving their new rings, NFL Hall of Fame Linebacker (and former Giant) Lawrence Taylor is selling his.

“Presented here is arguably the most significant Superbowl player ring ever offered publicly. Lawrence Taylor’s own 1991 Superbowl XXV ring feature two football shaped diamonds on the face surrounded by worn blue enameling framed by seventeen smaller diamonds. Design elements include the name “TAYLOR” on the left shank above a Giants helmet and his number “56”. Engraved on the interior band in the full name “LAWRENCE TAYLOR”. The ring shows considerable wear, that in some eyes, only enhances it aura. A phenomenally important memento from one of the greatest football players of all-time. Size: 12.”

At the time of posting, it has not yet met its reserve bidding price.