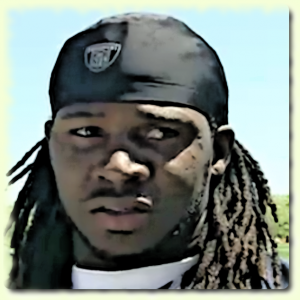 The headline for this piece may be lost on those unfamiliar with the Houston underground hip-hop scene, but the sentiment remains. Devin Hester is the man in Chicago. Despite attempts by many football media outlets to discount him as a force to be reckoned with, those inside the Bears’ organization seem convinced that Hester will not just start opposite  Brandon Marshall, they expect him to thrive. Marshall even went as far as to say that he believes the 30 yr old special teams phenom will have a better season than he will. I find it hard to believe considering the recent addition of potential stud WR Alshon Jeffery, but it’s hard to deny the Bears’ dedication to keeping Hester heavily involved in the passing game. OC Mike Tice stated in the Chicago Sun-Times  that he should be fired if Hester is not a big part of their offensive plans (He may eventually eat those words). It would be so much easier to say that Marshall and Jeffery are going to be the only receivers in Chicago worth fantasy consideration this year, but I can’t do it. Hester is a sneaky sleeper, and is well worth a flier.