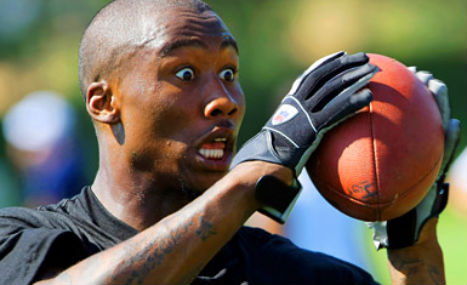 Right on the heels of his trade to the Bears, Brandon Marshall’s turd status reared its ugly head again, as it has been reported that he punched a woman at a nightclub in what began as a fight with another football player on Sunday. It is entirely possible that the punch was an errant throw. It is additionally very possible that Marshall is suspended at some point. As for fantasy football prospectives, adjust Marshall and his impending suspension on your preliminary draft boards until further notice.